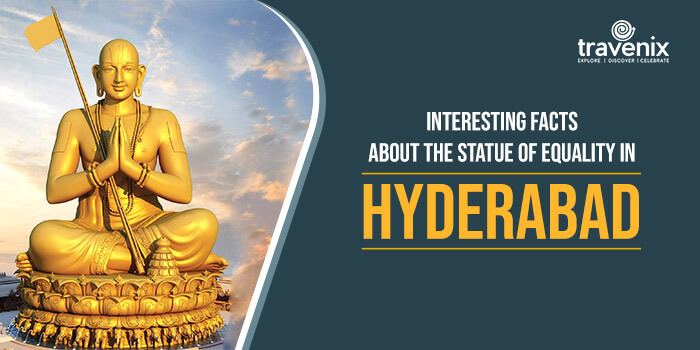 Seated cross-legged at the height of 216 feet (66 m), the Statue of Equality is the second-tallest sitting statue in the world. Created in the fond memory of the 11th-century Vaishnavaite Ramanuja, the Statue of Equality has emerged as one of the main tourist attractions in Hyderabad, Andhra Pradesh. However, the rising popularity of this larger-than-life figurine of Saint Ramanujacharya raises many questions and curiosities of tourists, both inside and outside India.

Interesting Facts about Statue of Equality

First Fact: When was the project first conceptualized?

Even though the sculpture was opened to public view recently, the concept of building one in the image of the 11th Century saint goes back to the year 2014.

Second Fact: What was the Original Plan?

Ascetic Chinna Jeeyar first came up with the concept of commemorating the 1000th anniversary of Ramanuja’s teachings by architecting a statue and 27,870 square metres temple for daily worship. The 6,000 square metres ground floor will depict Ramanuja’s life and philosophy, and the 1,365 square metre third floor will include a Vedic digital library and research centre. Additionally, an Omnimax theatre resembling a planetarium will feature the life stories of Ramanuja.

Third Fact: Who laid the foundation stone for the statue? 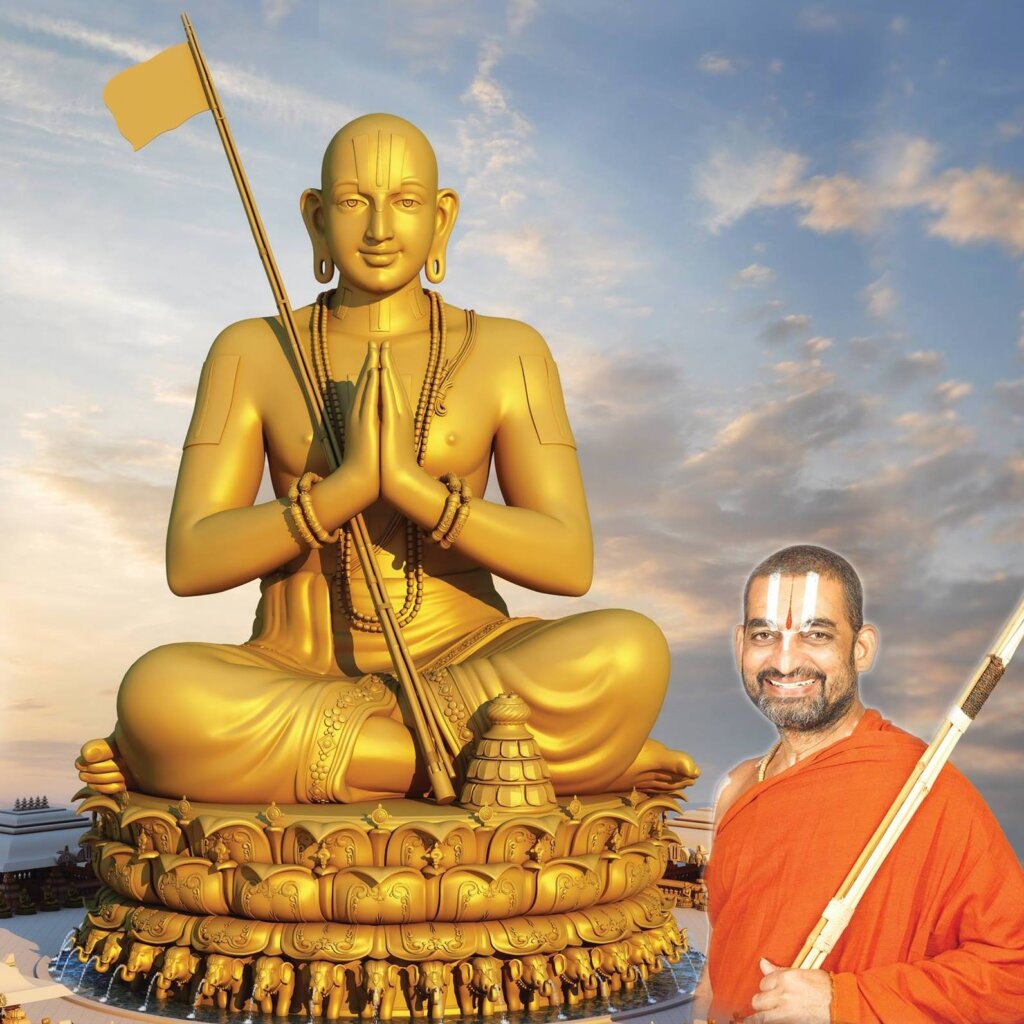 Chinna Jeeeyar Swami, an Indian ascetic renowned for his spiritual discourses on Shri Vaishnavism, laid down the foundation stone for the statue. The statue was originally built in China, later shipped to India via Chennai Port, and assembled on-site, Muchintal, Hyderabad. It took nearly 15 months to complete assembling the parts of the statue.

Fourth Fact: Who inaugurated the Statue of Equality?

Fifth Fact: Who was Saint Ramanujacharya? 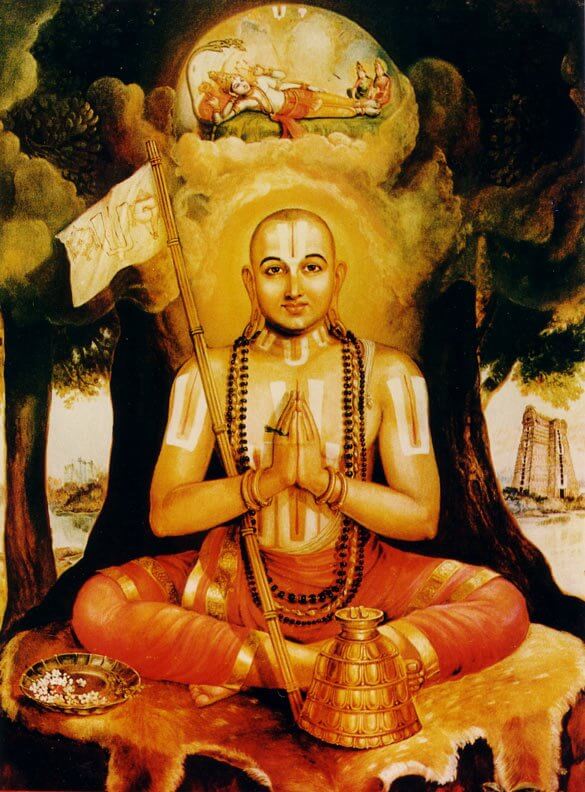 It is said that saint Ramanujacharya was the torchbearer of equality, besides being the propagator of Vaishnavism and preceptor of the Bhakti movement.

Since time immemorial, India has been suffering from the plague of casteism. Even though the whole concept emerged from a division created in the society based on vocations, it became a reason to discriminate and exploit the weaker sections.

However, when the saint Ramanujacharya walked the earth, temples had been the centers of administration, controlled and managed by one section of society, one particular caste. The saint had always encouraged inclusiveness and allotted 50% of tasks to persons belonging to the rest of the castes. Hence, discrimination and exploitation based on castes didn’t exist, so devotees were never restricted from entering temples irrespective of their caste or creed.

Unfortunately, the virus of casteism remerged during foreign rule. It was used to divide the masses and rule. As a result, caste division grew like cancer and plagued the country for over 75 years of independence.

Nevertheless, that is a different matter of discussion.

Why Statue of Equality?

The statute of equality in Hyderabad is aptly considered the panacea of the caste cancer continuing to rampage the country. It has grown over the years and has become one of the major causes of every single concern ripping India apart. The creators of the statue shared a common vision of inspiring the nation and educating them against the evil of caste discrimination, gender biasness, and other forms of exploitation persisting in our society today.

Constructing a statue in the saint’s image has a certain significance, one of them being Ramanuja had always propagated equality among all castes. He propagated the belief that “social status is not a barrier when you truly enjoy and cherish the companionship of people with a common goal.”

Over 1000 years or so, the saint expressed his concern for women and their unfortunate situation in society. He took the responsibility of relieving their pain by opening a learning channel for women.

Our ancestors were truly progressive in every sense we are not. Hence, the statue of equality created in the image of Saint Ramanujacharya will be a constant reminder of all those lofty values that made our country’s rich history. Moreover, the saint himself was a magnificent person; hence it is only right that his sculpture should be larger-than-life.

Things to See Near Statue of Equality

The statue of equality in Hyderabad is built on a 35-acre complex located on the city’s outskirts. The statue itself is mounted on a 54-feet high building named Bhadra Vedi. The building complex comprises a digital library and research centre, ancient texts, a theatre, an educational gallery detailing the works and philosophies of Sri Ramanujacharya. The statue is made out of panchaloha, a combination of five metals, like gold, silver, copper, brass, and zinc. The sculpture is decked up with 54 petals of Lotus, 36 elephants below petals, 18 shells, and 18 chakras.

Other interesting spots and tourist attractions are coming up around the statue. But to enjoy them, we might have to wait a tad bit longer.

Presently, the statute of equality is open for all for four days a week from 3 pm to 8 pm. However, the timings change during weekends, starting from 11 am and closing around 8 pm. Entry to the complex stays closed on Wednesdays.

How to Reach the Statue of Equality from Hyderabad

When are You Planning a Day’s Trip to the Statue of Equality?

Even though the statue didn’t enter the wonders of the world list yet, the sculpture deserves mention here. The spectacular view of the architectural finesse is going to be worth every single penny you spend on the tickets. So, plan a day tour to the Statue of Equality with your family soon and share your solidarity with the creators’ vision of building a nation of equality.