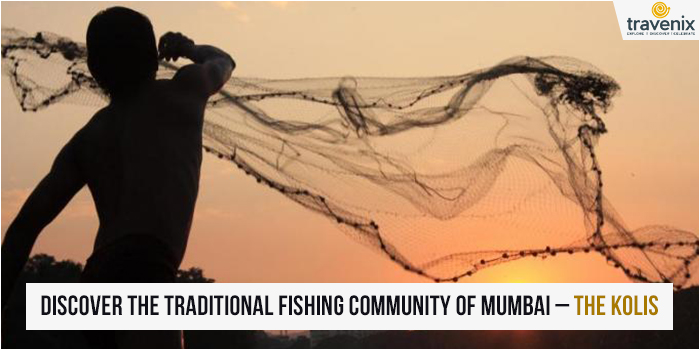 Discover the Traditional Fishing Community Of Mumbai – The Kolis

Mumbai is now a cultural potpourri; it welcomes people of all communities with open arms. Its cosmopolitan culture is what attracts many people to it. But have you ever given its history a thought and wondered who really the original inhabitants of Mumbai were.

The Kolis, a traditional fishing community in Maharashtra, were the natives of Mumbai. A part of their community also resides in certain pockets of Rajasthan and southern Gujarat.

Back then, Mumbai was actually scattered into seven different islands. All of these seven islands are now areas in Mumbai but the names of some of them have changed. Colaba was ‘Kolbhat’, while Apollo Bunder was ‘Palva Bunder’. The other names given by the Kolis, Worli, Dongri, Mazagaon, and Naigum, have managed to stick around over the years. 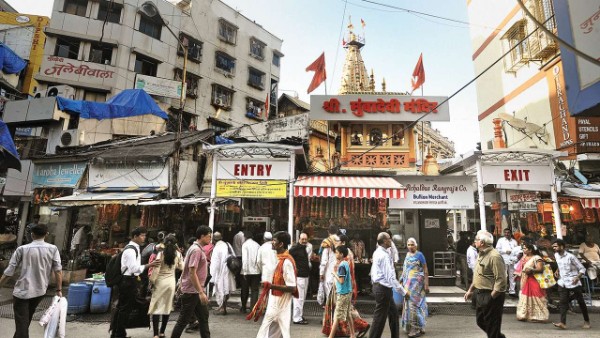 Mumbai city’s name was also coined keeping in mind ‘Mumbadevi’, the Goddess worshipped by the Kolis. The Goddess’ temple is now situated at Bhuleshwar, but the first Mumbadevi temple was located at Bori Bunder. There isn’t a proper record of it, but it is believed that the first temple was destroyed between 1739 and 1770. 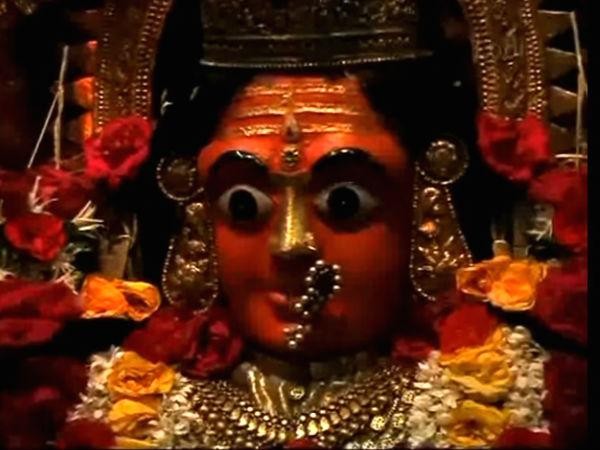 The deity at Bhuleshwar now is adorned with a silver crown, a golden necklace, and a nose stud. The Kolis believed that the deity was “Maha Amba” or the “Great Mother” who could help in bringing peace to their lives. 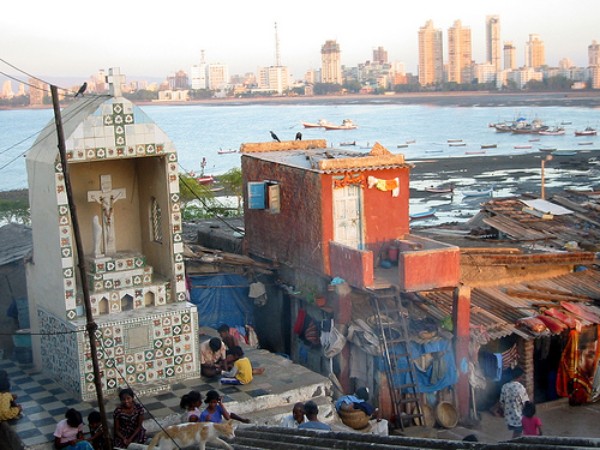 The community was originally a part of the ethnic Marathi groups, but after Bombay came under the Portuguese rule in the 1500’s, many of them converted to Christianity. The Mangela Kolis, Suryavanshi Kolis and Mahadeo Koli were the sub-sects that associated themselves with Hinduism.

Traditionally, the Kolis lived in ‘Koliwadas’ or ‘homes that open to the sea’. It is typical to find a huge fish market right at the entrance of these settlements. Among the prominent Koliwadas were the ones in Sion, Colaba, Worli and Vasai. 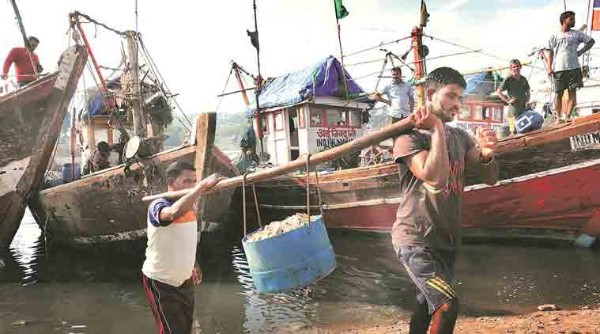 It is only after the British came to rule over the city that Gothic architecture took over and they were pushed to the fringes. They shifted their base to Cuffe Parade and Backbay reclamation area eventually. Currently, there are only 50,000 Kolis in these Koliwalas according to the figures given by the Central Marine Fisheries Research Institute in 2017. 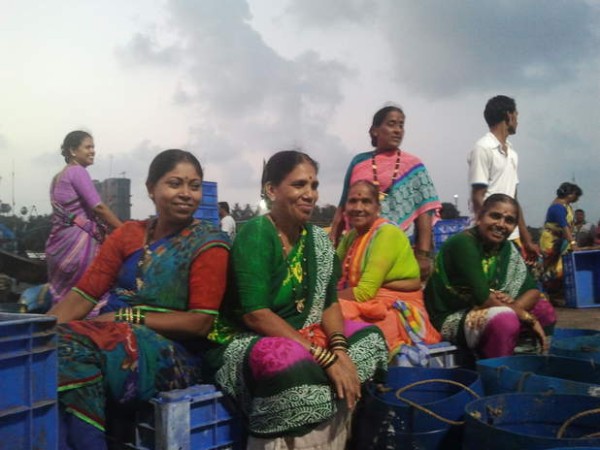 The cuisine, costumes, dance forms and the culture, in general, reflect their love towards the sea. Every year, during July-August, they celebrate the ‘Narali Punav’ or ‘Narali Poornima’ festival. It is celebrated before the onset of the fishing season. In this festival, they pray for their journey and hope to avoid any accidents. 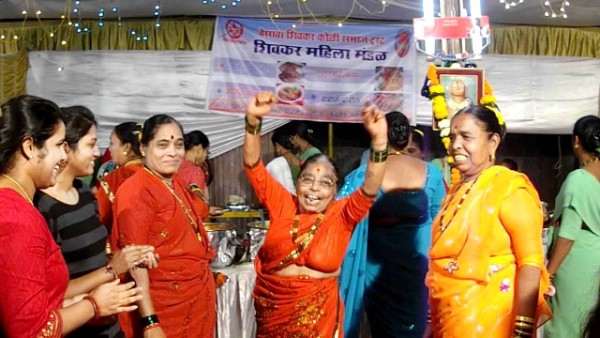 In Versova, the Koli community celebrates the festival on a large scale. With a weekend seafood festival, they invite the whole city to taste their traditional dishes and get acquainted with their culture. 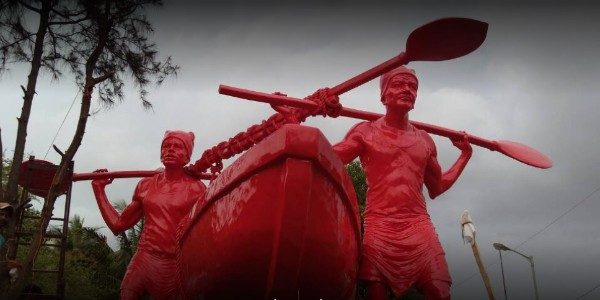 As a part of the public art initiative, the BrihanMumbai Municipal Corporation (BMC) installed an 11-feet tall, 1500-kg sculpture of Koli fishermen and their boat near the Mahim fishermen’s colony last year. Its bold crimson color is symbolic of the infectious zest and the relentless spirit of the Kolis.

Have you ever watched the Koli dances or tasted authentic Koli cuisine? Share your experience with us in the comments section below. Also, if you are a fan of seafood, you should definitely check the delicious dishes in Malvani cuisine too. Check out our pick of the best places for Malvani cuisine in Mumbai.