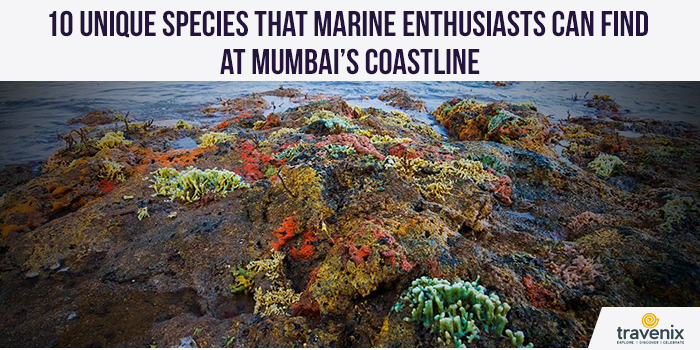 Scenic sunsets, tasty street food and ample opportunities for beach games are only some of the things that Mumbai’s rich coastline offers. If you look more keenly, you’ll also find colorful sea sponges, crabs, snails and corals sharing the sandy spaces across the city.

With the city’s image of thriving on its concrete jungles, it is difficult to believe that it still shelters some of the most unique marine species on its shores. It’s a side of Mumbai that isn’t very well known, but you only need some good observational skills to find it. Join us as we discover some of the most unique species that you might find in a beach around you. 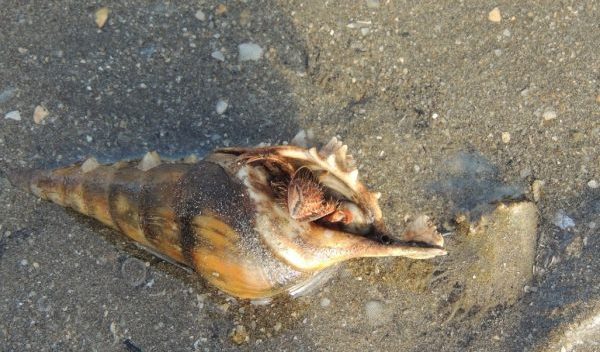 Those beautiful spiral shells that you spot on beaches every time you go there might actually be home to hermit crabs. These creatures prefer to live in abandoned objects, mostly which are old snail shells. Due to their habit of living alone, they are known as ‘hermit’ crabs. As each crab grows in size, it abandons its shell and relocates to a larger shell.

Where to spot: Carter Road, Bandra 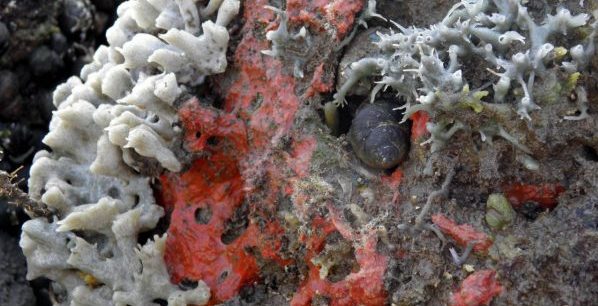 Sea Sponges live on the ocean floor, so you can’t really spot them from over the surface of the water. They are one of the world’s simplest multicellular living organisms, yet there are more than 5000 different species of them worldwide. You can find them grown at different places in different colors, textures and sizes.

Where to spot: Marine Drive 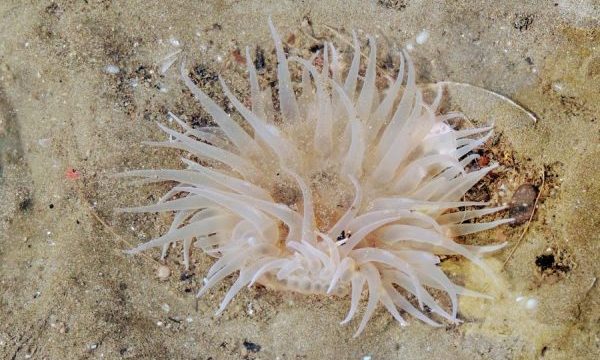 A sea anemone is a fascinating creature that looks like a blooming flower, but is actually a marine animal. It’s central disc is engulfed by tentacles which are venomous, while at its base, it has another disc to attach to rocks and shells. They usually reside on the rocks on the sea floor, but these are creatures that do not mind moving their place either. 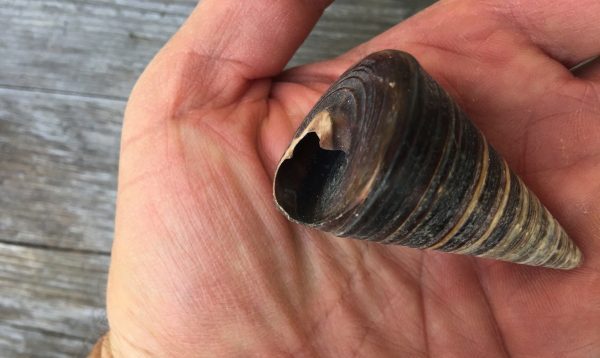 It is common to find these tall, conical shells in mangrove forests across the coast of the Indian Ocean. Also known as Horn Snail, the beautiful patterns on its outer shell are usually not visible from a distance as it is covered with mud. This creature has three pairs of eyes — two on its tentacles and one more on its mantle margin.

Resembling a snake, the slender giant moray eel is the longest of all the moray eels. These creatures have extra teeth around the jaw as well as on the roof of their mouth which make it easier for them to catch prey. You can spot them at Girgaum Chowpatty, but make sure you maintain some distance. Eels and jellyfish stung devotees on the occasion of Ganesh Chaturthi at the beach a few years ago. 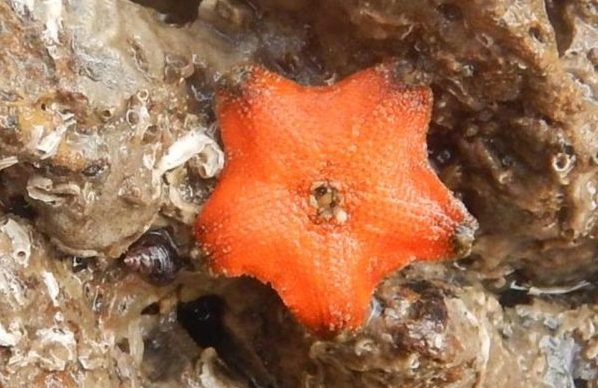 It’s easy to spot a starfish from a distance as a lot of them are brightly colored. They are usually found on rocky shores, so that makes Marine Drive a suitable location for them to reside in Mumbai. To spot them, make sure you’re going to the shore when the tide is low.

Where to spot them: Marine Drive 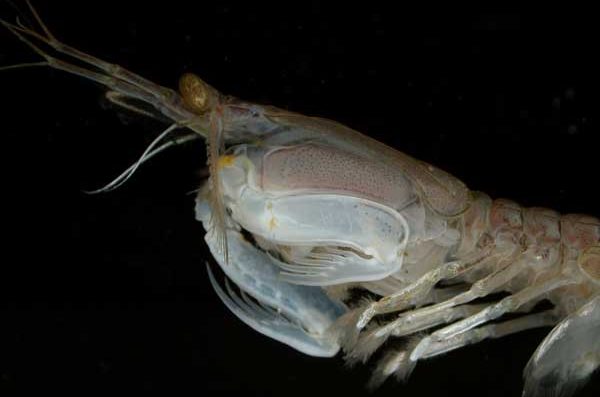 Mantis Shrimp’s front limbs make it swift and tough, so it is easy for them to punch out their prey. Their clubs are designed in such a manner that they can effortlessly crush down crabs and clams. They are only about 9 cms in size, but they are known for their aggressive nature, incredible speed and force.

Where to spot them: Girgaum Chowpatty 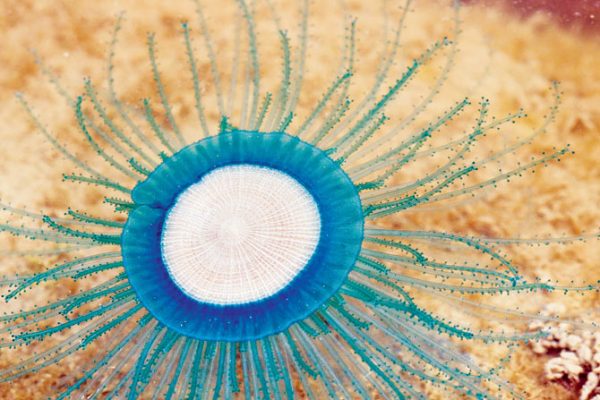 Though they bear resemblance to jellyfish, the Blue Buttons are actually hydroids that are made from individual zooids. Zooids are actually single animals themselves which are only a part of a colonial animal. Though they float together as one creature, each of these zooids has different functions — some of them defend the organism, while others eat and reproduce. As monsoon comes near, these creatures wash up on various beaches across the city; so it is easier to spot them during May-June.

Where to spot them: Haji Ali 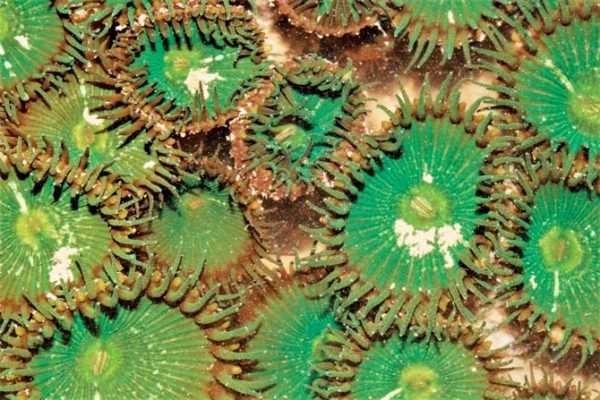 It is easier to find Zoanthids on rocky shores, especially during very low tidal conditions. You can find them in between the margins of faraway rocks on Marine Drive. Though they come in various shapes and colors, Mumbai is known to house green zoanthids.

Where to spot them: Marine Drive 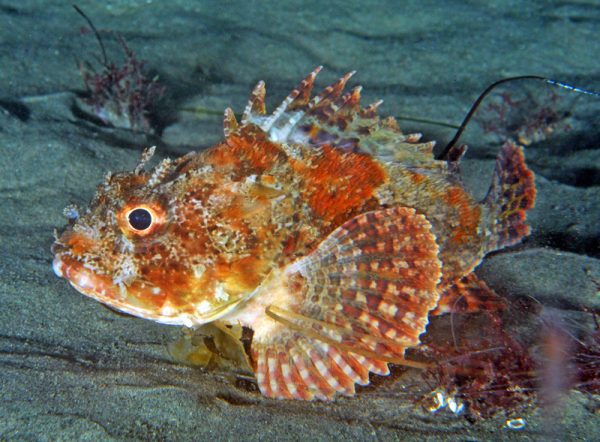 Scorpionfish is one of the most poisonous creatures dwelling in the sea, but their prey seldom realize that. They are predators who love to just wait and watch until the time is right. They watch the other fishes go by in the safety of the rocks and reefs. When they find their catch, they pounce on it and their wide mouth allows them to quickly swallow their prey.

These are only some of the wonderful creatures that inhabit our city. To raise awareness about the wonderful marine biodiversity of Mumbai, various marine enthusiasts are now organizing various biodiversity walks as well. Check with iNaturewatch Foundation and Marine Life Of Mumbai groups to know more about these walks. We are sure nature lovers will enjoy it. Also check out the best beaches in Mumbai where you can head to explore more of it. Which unique marine creatures have you spotted? Let us know in the comments section below.