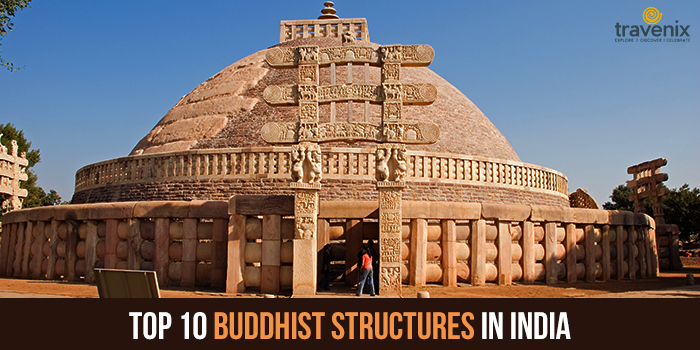 This history of Buddhism is intertwined with that of India’s. After all, India is the birthplace of the founder of Buddhism, Lord Gautam Buddha. It is also the country where the great emperor Ashoka built many sites for propagating the religion. It is then no doubt that India has many prominent Buddhist structures.

The History Of Buddhism

While most of the Buddhist sites are concentrated towards the northern reaches of the country, there are many such sites that are present even towards the southern regions of the nation. Let’s take a tour of the country and check out the best Buddhist structures in India.

The Mahabodhi Temple is one of the most important pilgrimage sites of Buddhists. It is also a UNESCO World Heritage Site and is said to be nearly 1400 years old! This is the very place where Lord Buddha attained enlightenment and it also has the sacred Bodhi Tree under which he gained enlightenment. Apart from the temple with all its inscriptions and carved walls, you can also find the Diamond Thone made by Emperor Ashoka under the Bodhi Tree. 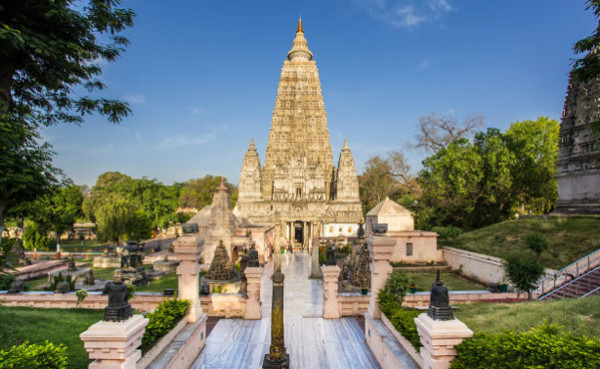 The Dhamek Stupa is located in Sarnath in Uttar Pradesh. This stupa was built way back in 500 BC and is a massive and imposing structure that is visible from far away. The stupa rises to a height of 43.6 meters and has a diameter of 28 meters! Located around it are the ruins of Sarnath and right opposite to this you can find the museum of the recovered artifacts from these ruins. It is in this museum that you can see the original structure of the national emblem of India. 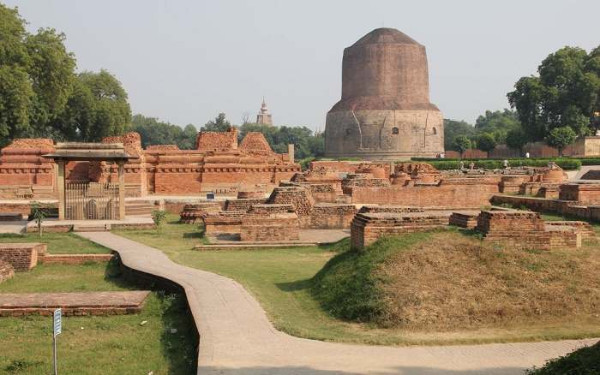 The historic Nalanda University was founded way back in the 5th century BC and was the center of learning in the region. It is also a UNESCO World Heritage Site. It is also one of India’s earliest universities and remains to be a popular tourist hotspot in India. Thousands come to see the ruins of this university today. 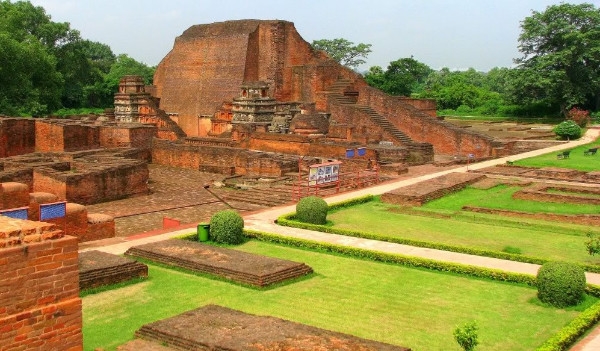 One of the best caves in Mumbai, the Kanheri Caves are located in the Sanjay Gandhi National Park. These caves are said to date back to the 1st century CE and are totally 109 in number! The walls and pillars of these caves have carvings of Lord Buddha and Bodhisattvas and you can even find many inscriptions on the rocks around. 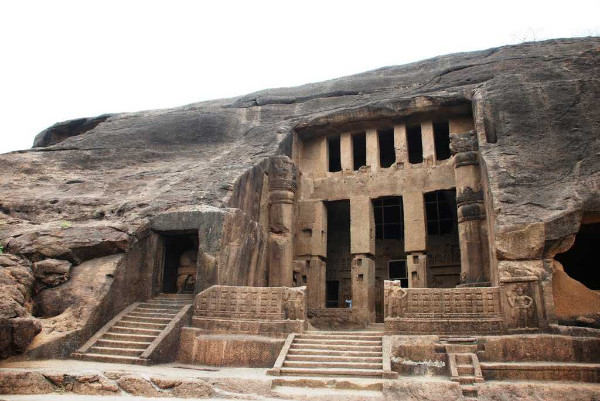 This Gompa is located in the scenic Lahaul and Spiti district of India and is situated at an elevation of 3894 meters. It overlooks the confluence of the Spiti and Pin rivers which makes it one of the most scenic Gompas in the world. It was built as a fort monastery and is today a prominent place of worship for Buddhists. 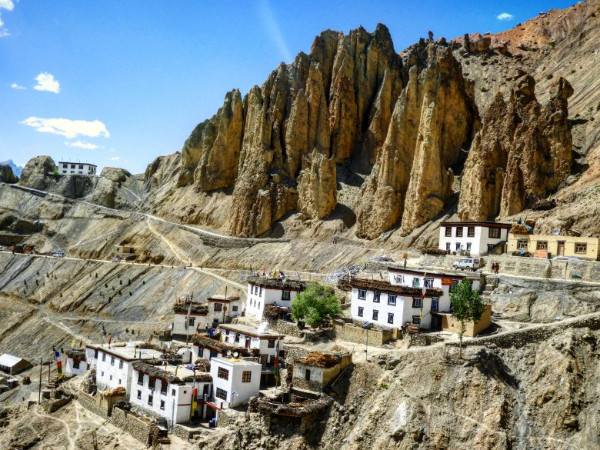 This stupa is located in Sarnath and is thought to have been built between the 4th and 6th centuries. This is the place where Lord Buddha met his first disciples when he was traveling from Bodh Gaya to Sarnath. Currently, the stupa is shaped as an octagon to commemorate the visit of Humayun. 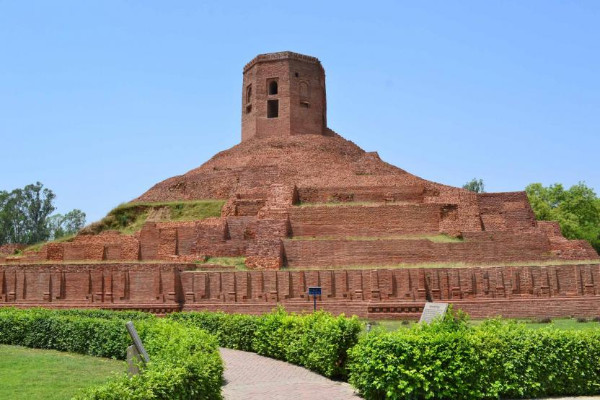 The stupa at Sanchi is located on a hilltop and is one of the oldest stone structures to be found in India. It was constructed back in the 3rd century BC and is built over the relics of the Buddha. You can also find the famed Ashoka pillar here with the signature lions over the wheel of law. 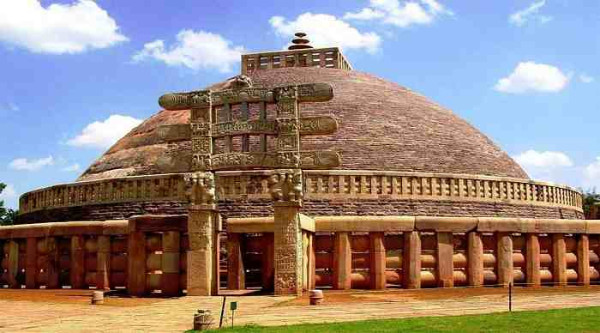 The iconic Key Monastery is located in the Spiti Valley at an altitude of 4166 meters and is located close to the Spiti River. It is said to have been founded nearly 1000 years back and today it is one of the most famous monasteries in the country and is also the biggest one in Spiti Valley. 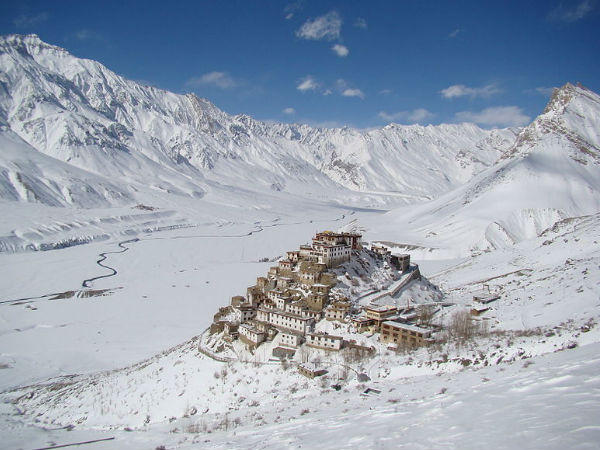 The Thothlakonda Buddhist Complex is located near Visakhapatnam in Andhra Pradesh and overlooks the sea. It served as an important source for spreading Buddhism to Sri Lanka and Southeast Asia in the past. This flourishing region is nearly 2000 years old and today you can see its ruins here. 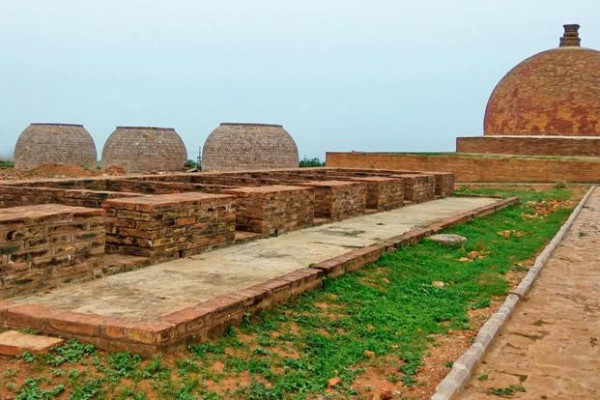 This monastery is located in Ladakh and is the largest gompa in Ladakh. It is situated at an altitude of 3600 meters and is a 12 storey complex that has many Buddhist arts such as stupas, statues, and wall paintings. This complex also has the largest statue of Maitreya in Ladakh that is over 2 stories high! 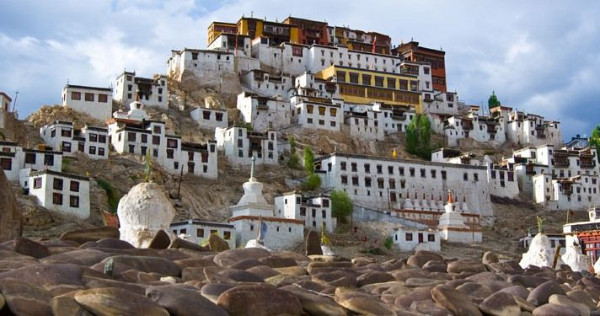 Have you been to any of the above-mentioned Buddhist structures in India? If so, do let us know your experiences in the comments section below. If not, plan a trip now and visit these historical places and come closer to discovering your country a bit more.