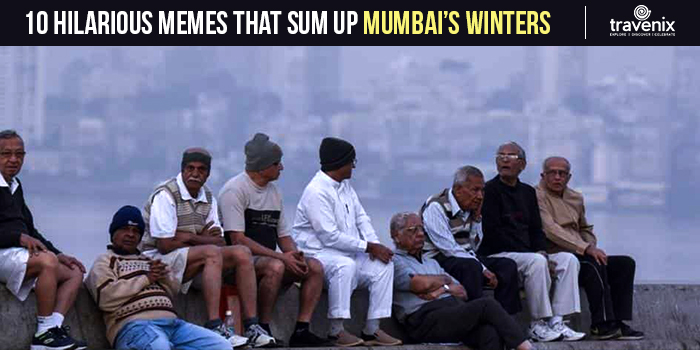 Kashmir wears a snowy look while New Delhi is already experiencing chilly mornings. Winter has arrived in most parts of India. But Mumbai is still struggling with sweaty weather. But that’s normal.Talk to any Mumbaikar and you’ll know winter only gives a guest appearance of sorts in the city. Mumbai’s winters give a lot of fodder for meme-makers to fill the internet with hilarious jokes to lighten the atmosphere.

Last year, the mercury dipped to 13 degree Celsius in Mumbai. For rest of India, that’s just mild winter. For Mumbaikars, it was the lowest temperature of the seasons. Every year, Twitterati has a field day making jokes about Mumbai’s winters. Here are winter jokes that will give you a fair bit of an idea about Mumbai’s cold months.

Had to turn down the fan from 5 to 4 this morning. Winter is here Mumbai!

When someone says it’s cold in Bombay pic.twitter.com/ansjGIdHJH

Bombay is so cold, you can unfold your sleeves.

Making a joke on Bombay winter is tough cause it gets over before you reach the punchline.

Mumbai is the only city where Winters are declared when temperature falls below 16°C.

What do you think about the weather in Mumbai? Tell us about your experiences and share your opinions in the comments section below.