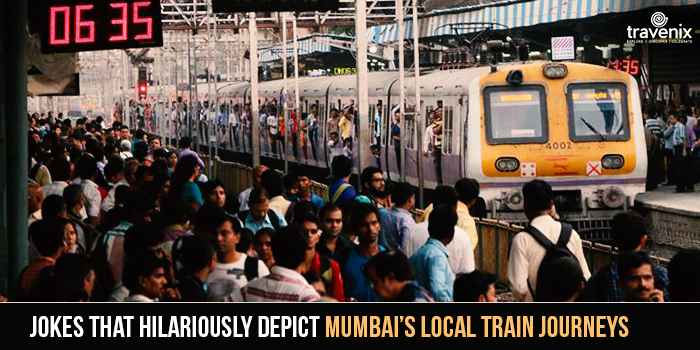 If you are new to Mumbai and are still trying to figure out if it is worth using the local train system and how to survive in all the hassle of the commute, here is a quick guide to familiarize you with Mumbai local trains. It might seem overwhelming, but here are some jokes that will help you cope with the stress of traveling.

I have never strategized, analyzed or calculated my moves until I traveled in trains. #MumbaiLocal @mumbairailusers

when You enter in local Train Compartment and reserve Seats for ur friends #MumbaiLocal pic.twitter.com/zge9G3982U

Virar trains are so packed..you might even touch someone’s soul while travelling.. #MumbaiLocal

The Virar trains are so compressed that it should be renamed as we.rar #MumbaiLocal

Interviewer: Can you handle pressure?
Candidate: I travel in #MumbaiLocal #Hired 😁

Everyday is a battle that you must give it all you got, or else all is lost. #MumbaiLocalTrain

Of all my #MumbaiLocal tweets,this is among the most delightful ones! A bunch of young men beatboxing, strumming & singing in an improm jam! pic.twitter.com/HUkdD9bnLC

Got some more wisecracks about Mumbai local trains? Share them with us in the comments section below.