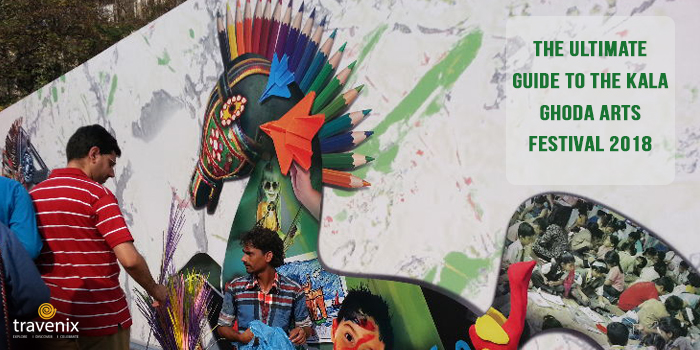 The Ultimate Guide To The Kala Ghoda Arts Festival 2018

Mumbai’s getting an artsy makeover! The much-awaited multicultural extravaganza, the Kala Ghoda Arts Festival is here already. Welcoming artists, illustrators, dancers, musicians, travel experts, comedians, chefs, literature enthusiasts, theatre lovers and a lot of other interesting creative folks from across the world, the festival is all set to paint the town red over the coming week.

Mumbai is Abuzz With Anticipation!

For the uninitiated, the Kala Ghoda Arts Festival this year is going to be spread over a total of nine days, from 3-11 February, with a line-up of inspiring workshops, thought-provoking discussions, innovative exhibitions and exciting performances. If you’re planning to check out the festival, be sure to plan out your visit well in advance. All of their workshops are for free, but they only have a limited number of seats; so make sure you reach the venue well in advance. The events list is huge, with tons of events in travel, food, dance and other categories running simultaneously; so to make it easier for you, we’ve listed down the top events that you definitely shouldn’t miss. 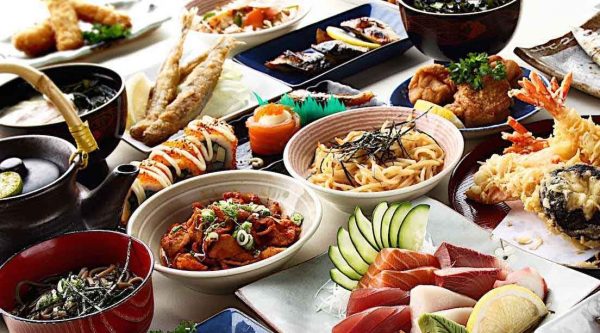 1) Cocktail Masterclass: Be a fun host at your next party as you learn some of the most unique cocktails at this workshop. Keeping in line with this year’s festival theme, expect a green twist even in your cocktails.

2) Modern Maharashtrian Food: Be it you’re your simple Kanda Bhaji or the unique Bombil fry, Maharashtra in cuisine has lots to offer to foodies. Explore some of the best contemporary dishes that the region has to offer in this workshop with SaeeKhandekar.

3) Trash Cooking: Make sure nothing in your kitchen goes to waste as ArunaSuchde teaches you how to make use it in innovative ways at this workshop.

4) Fantasie Edible Chocolate Art: Cooking in itself is an art; but this workshop takes it one notch higher. Paint your own chocolates and eat it too with ZebaKohli’s fantastic chocolate paints. 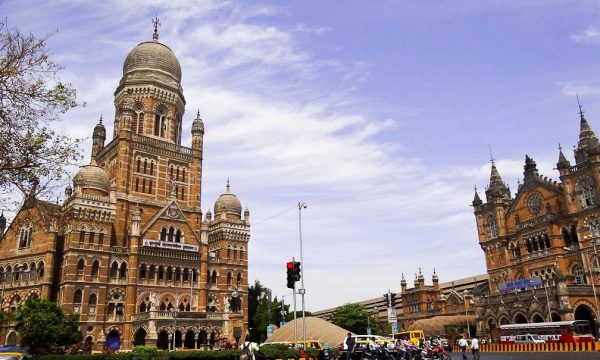 1) Yeh Hai Bombay Meri Jaan: Trace the city’s transition from Bombay to Mumbai as you explore the grand architecture of the “picture palaces” from the late 19th century, depicting the dawn of cinema in the city.

2) Colaba Green: Mumbai’s commercial area, Colaba is also gifted with wonderful natural and cultural heritage. African Baobabs, Bauhinias and Dikamalis – Colaba has a beautiful green side to showcase.Along with it, the walk will also focus on the cultural aspects that have transformed the region.

3) Heritage Bus Tour: Witness Mumbai’s iconic landmarks like the Gateway of India, the Taj Mahal Hotel, ChhatrapatiShivaji Terminus and more as you make your way through South Mumbai atop an open bus. 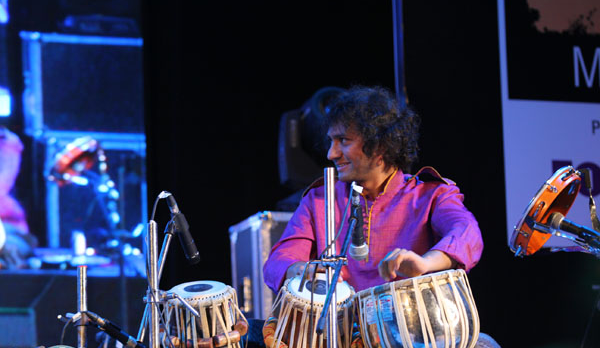 2) Ustad Zakir Husain accompanied by Sabir Khan: Maestro UstadZakir Husain’s music is mesmerizing; so expect a power packed performance at his solo table recital. Complimenting the beats of table will be Sabir Khan, who will add the melodies of sarang to the musical evening.

3) Are You Ready To Take Them On: This experimental sound workshop is for all those who love drums and trance music. Join Sujata Singhi as she brings together drumming, singing bowls, guitar strumming, meditation music and trance dance.

4) KK Music Concert: Expect to revisit some of the best of Bollywood tracks as popular playback singer KK takes you on a ride filled with nostalgia.

5) Shruti Pathak concert: Performing with her band, Guzzler, Shruti Pathak, who is known for her Bollywood hits, will attempt to recreate popular Ghazals with a dash of her own musical style.

6) Benny Dayal concert: Be ready to sway to some of the peppiest Bollywood numbers as Benny Dayal takes to the stage for a power packed performance. 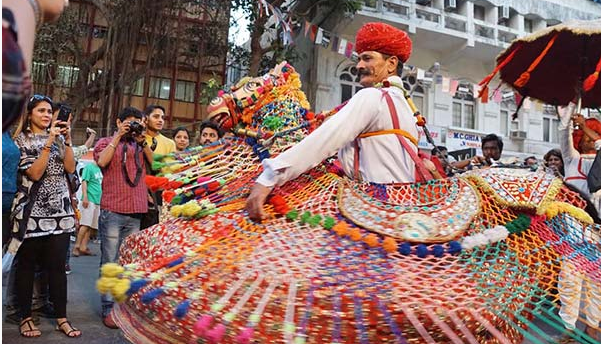 1) Bahurupia: Expect the unexpected as street performers amuse the audience each day with unique characters and costumes

2) Koli Parade: Featuring 25 artists from Mahim and Worli, the parade will showcase the traditions of the fishermen Koli community, the original inhabitants of Mumbai.

3) Lion Parade: Join a lively parade where artists showcase the best of culture and art with traditional folk masks and music.

4) Nukkad Natak: Through a powerful street play, artists attempt to create more awareness about organ donation in the society.

The World’s A Stage 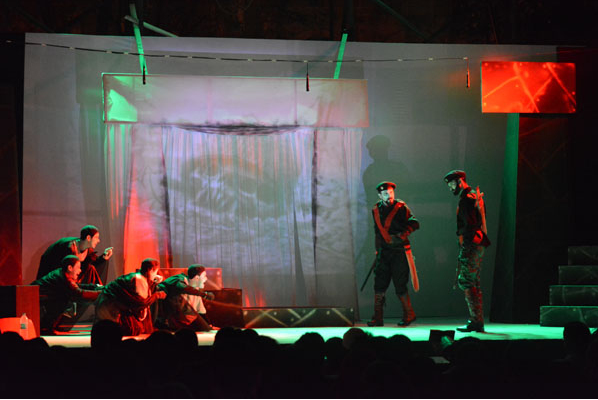 2) Mumbai Mirrors- Aapki Kahani, Humari Zubani: Mumbai Mirrors brings the interesting concept of interactive playback theatre format to the city. In this play, performers will pick real stories randomly from the audience members and then perform it on the stage through the use of mime, music and improvised sequences.

3) Discovering Ray- Time Machines and Haunted Houses: A tribute to Satyajit Ray’s work, this play is a biographical narrative. It also brings to life four of his classic short stories.

4) Kharr Kharr: To be presented in Hindi, Gujarati and English, KharrKharr tells the story of Padma Vibhushan awardee Dr. Usha Mehta. This play has won many accolades and had swept all the important awards at Indian People’s Theatre Association Awards in 2016.

5) Voicing Workshop: Learn to use your voice more effectively,with a number of voice exercises, modulation and improvisation. 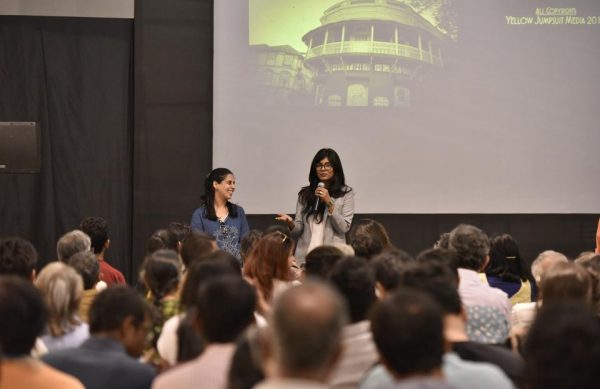 1) Tu Hi Hai Mera Sunday: This feature film is a light take on the lives ofthree middle class men who try to find a place to play football in Mumbai.

2) Searching For Sugarman: An Oscar winning Swedish-British-Finnish documentary film about two South Africans out to discover what happened to their unlikely musical hero, the mysterious 1970’s rock n’ roller, Rodriguez.

3) Politics In Films: A panel discussion on the controversies and the fine line between what is acceptable and what isn’t while representing politics in films.

4) The Post: This political thriller by Steven Spielberg is about a cover-up by four US Presidents which started an unprecedented battle between the press and the government to unravel the truth. After the screening of this Oscar-nominated feature film, a panel discussion with some of the top journalists of Mumbai will take place.

5) Wild Tales: Nominated forthe Oscars under Best Foreign Language Film of the Year, Wild Tales is a collection of six stories that explore the extremities of human behavior involving people in distress.

The Art Of Weaving Words 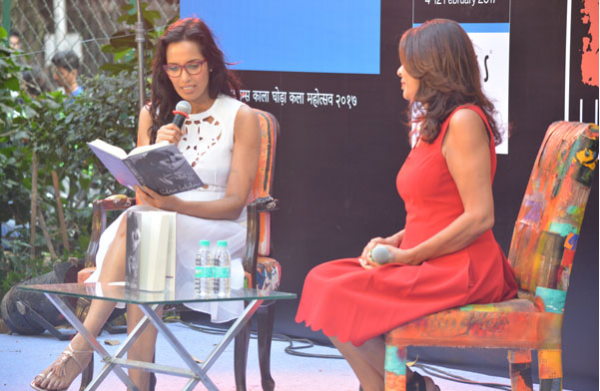 1) From Literature To Cinema- Natural Siblings: This panel discussion looks at the transition from the written word to celluloid in relation to the Hindi Cinema industry.

2) The Granthali Movement -An Exemplary Experiment in Publishing and Distribution: The founders of the Granthali movement in Maharashtra which brought about a revolution in the way the Marathi publishing world functioned, talk about promotion their love for books.

4) Flipbook Animation: Children can learn a fun way of storytelling through this flipbook animation workshop.

Dance Away All The Blues 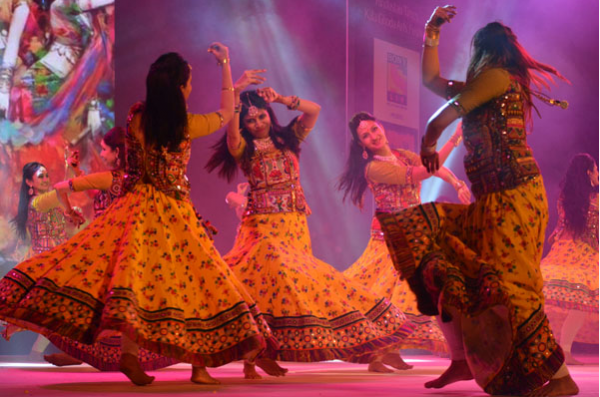 2) Draupadi – The Heroic Princess: This performance has the navarasas embedded in them along with 4 classical dance forms – Bharatanatyam, Kuchipudi, Kathak and Odissi.

3) Tango Workshop: Learn the basics of tango in less than two hours at this dance workshop.

4) Maharashtra Darshan: Check out the differentdance forms from Maharashtra including Lezim, Vasudeva, Jogwa, Mangalagaur and Lavani at this folk dance extravaganza.

1) Rohan Joshi: A part of the popular comedy sketch group, All India Bakchod, Rohan Joshi’s brand of comedy is based on observations and often comprises of sarcastic commentary on trending topics.

2) Abhishek Upmanyu: Abhishek Upmanyu’s comic bit pitting the cities of Delhi and Mumbai against each other won him quite a lot of fans. Expect more of giggles at his next gig.

3) Anu Menon: Anu Menon’s portrayal of the sharp witted Lola Kutty won her much recognition in the last decade; so don’t be surprised if you find her dressed up in character again.

The list goes on and on – there is so much happening that we have had to sort of put a break on ourselves from including it all in the list.Have you decided which events you’re attending at the Kala Ghoda Festival yet? Do tell us about your plans and experiences in the comments section below. Also, we’ve got a quick sneak peek into the festival for you – check out our list of the best art installations at the Kala Ghoda Festival 2018!

(*Disclaimer: All events to be held at Cross Maidan may be relocated. Please check with the organisers for the new venues)