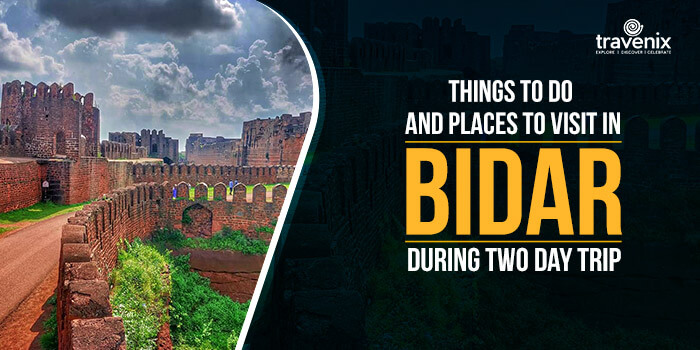 How To Spend An Unforgettable Two Days Trip In Bidar

The historic city of Bidar is one of the most popular road trip destinations from Hyderabad. The tourist attractions in Bidar consists of alluring monuments, historical shrines, exquisite handicrafts and famous temples, which attracts the attention of both young and old alike.

Attractions In Bidar – Things To Do And See

We have curated a list of places that you must visit during your trip to Bidar. We have segregated the list of tourist places into an itinerary for two days tour of the city so that you can have ample time to explore the city.

If you are planning a road trip for the weekend from Hyderabad to Bidar, then this itinerary will ensure that you visit the best places in Bidar during your short stay in the city.

It is advisable that you have your breakfast before you start visiting the tourist attractions in the city. 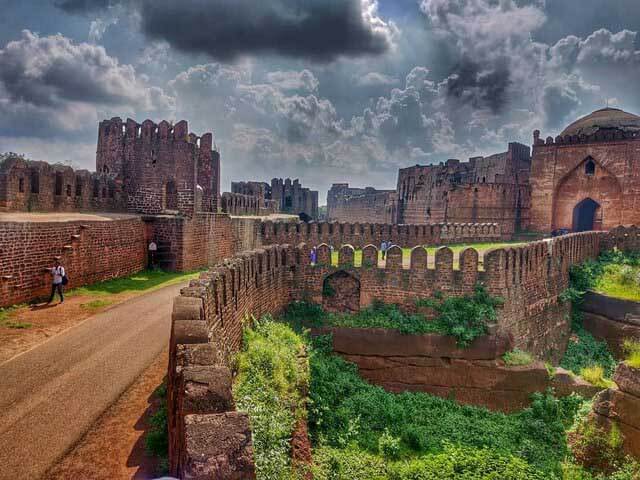 Bidar Fort is one of the most splendid forts in Karnataka, which was built in the 15th century during the reign of Bahmani Sultanate. The red laterite stone is designed with 37 bastions, mosques, arches, gardens, palaces and effective water management systems.

The design of the 1.2-kilometre-long fortresses is inspired by the Persian architecture. Rangeen Mahal, Solah Khamba Mosque and Tarkash Mahal are some of the most stunning structures inside the Bidar Fort. 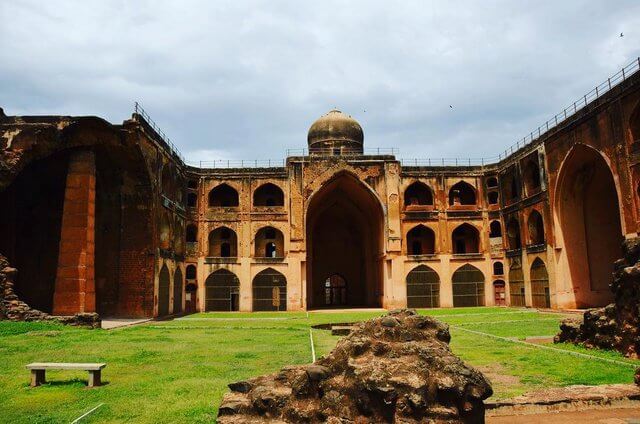 Mahmud Gawan Madrasa, built during the 15th century is one of the finest examples of Indo-Islamic architecture during the rule of Bahmani Sultanate. The imposing architecture of this ancient madrasa, an Islamic college, is said to have been inspired by the Madrasa of Khurasan.

The three-storied facade consists of a mosque, library, lecture halls and hostels within its extensive premises. The intricate tile work and inscriptions of the verses from the Holy Quran is sure to mesmerise you with the craftsmanship of the bygone era. 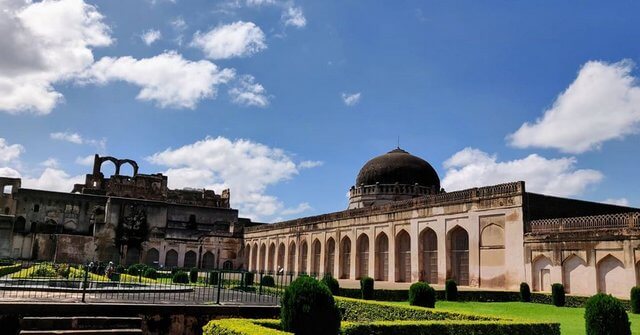 Solah Khamba Mosque, also known as Zanana Masjid, is one of the oldest mosques in the region, and was constructed in the 15th century. The grand architecture of the mosque makes it one of the most popular places to visit in Bidar.

The words ‘Solah Khamba’ translates into sixteen pillars as the complex stands tall on the sixteen pillars. The elegant carvings on the columns, arches and domes are some of the most attractive architectural features of the mosque. 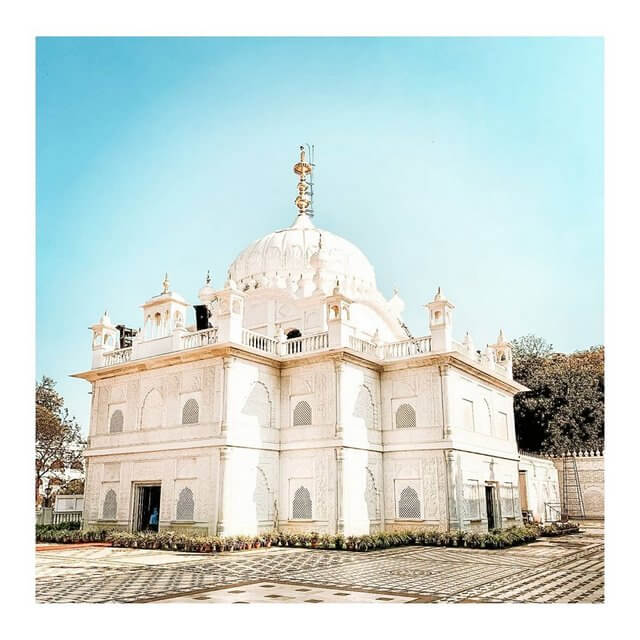 Guru Nanak Jhira Sahib located in Bidar is one of the holiest pilgrimage destinations for Sikhs in the country. In addition to the Darbar Sahib, Diwan Hall, Langar and Likhari Room, there is also a museum inside the premises of the Gurudwara. The museum, constructed in the memory of Guru Tegh Bahadur, houses pictures and paintings that illustrate the history of Sikhism. Therefore, it is one of the most popular places to see in Bidar. 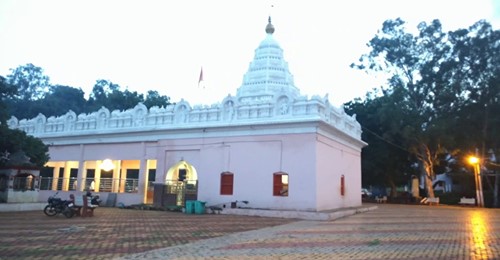 Papnash Shiva Temple is not only a significant sightseeing place in Bidar but also is an equally popular temple amongst the residents as well. The temple, dedicated to Lord Shiva, attracts a large number of devotees throughout the year, especially during Shivratri.

According to legend, it is believed that the idol in the temple was installed by Lord Rama as he travelled from Lanka to Ayodhya, after. After which the temple was renovated several times till date. A stream flows into the pond near the temple. The pond is known as Papnash, which translates into a destroyer of sins. It is believed that if you take a dip on the pond after visiting the temple, all your sins will be washed away. Thus, it is one of the famous temples in Bidar. 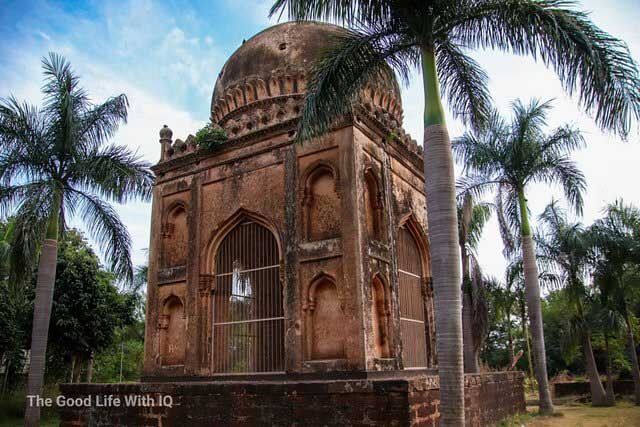 These tombs built during the 16th and 17th century occupy an important place on the list of Bidar’s tourism places. The four tombs of the Barid Shahi dynasty represent someone of the finest architecture of the era.

For the second day in Bidar, you should start exploring the city early in the morning, so that you can visit the rest of the popular tourist places before dusk. It is suggested that you start your journey to Hyderabad from Bidar before dusk, so that you can reach Hyderabad before your dinner time and get sufficient rest. 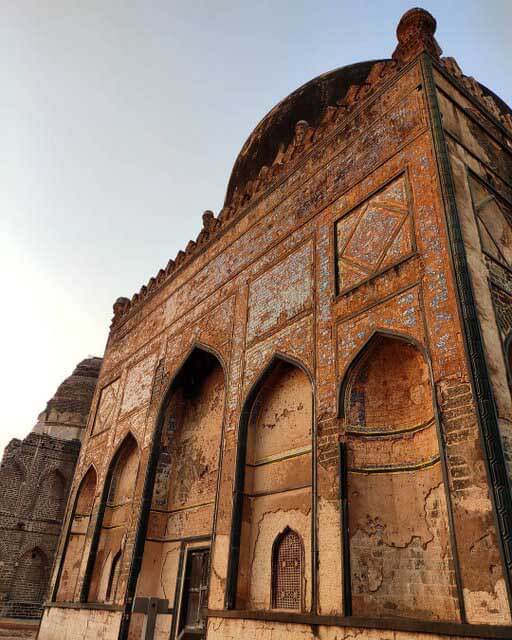 Bahami Tombs are located at Ashtoor, approximately 6 kilometres from Bidar railway station. This complex consists of a resting place of 12 elegant tombs of Bahmani rulers, which were constructed during the 15th and 16th century. Bahami Tombs are some of the most visited tourist places in Bidar. 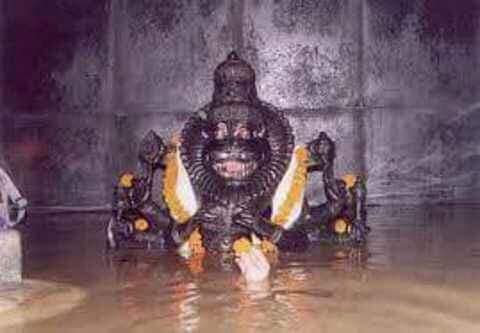 Narasimha Jhira Cave Temple, also known as Narasimha Swamy Temple, located near Manichoola Hill range occupies an important place on the list of tourist places in Bidar. This temple is dedicated to Lord Narasimha, an incarnation of Lord Vishnu.

If you wish to seek blessings from the deity, then you have to wade through the water inside the cave, which is almost 4 to 5 feet deep. The sanctum sanctorum of the temple houses Lord Narasimha and a Shiva Linga. You can also spot bats hovering around the ceiling of the temple. 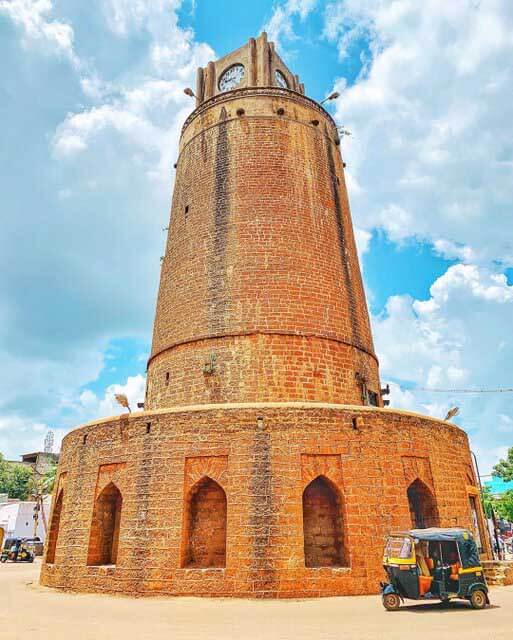 Chaubara is one of the most alluring historical places in Bidar. The 22-metre lofty cylindrical tower stands tall to represent the magnificence of age-old architecture. Chaubara is said to have served as a watchtower and a clock-tower simultaneously.

The circular base has a flight of circular steps that lead to the topmost portion of the tower. The word ‘Chaubara’ translates into four directions, as one could keep an eye on the roads from the tower. 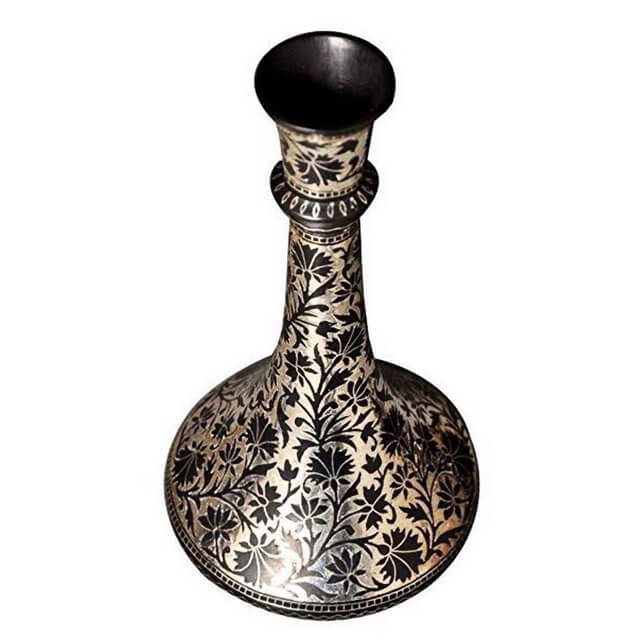 Any visit to Bidar is incomplete without buying the iconic Bidri handicrafts, which is said to have originated in the region. The markets in the city will offer you some of the most exquisite handicraft items at pocket-friendly prices. Therefore, if you are a shopaholic you should definitely visit the markets in Bidar.

Tarkar Market, Gandhi Gunj Market, Mohan Market and the markets near Chaubara Road are some of the best markets in Bidar to buy souvenirs such as Bidri handicrafts, sandalwood items, items with silver inlaid work and wood carvings.

Your short trip from Hyderabad to Bidar will surely be a fond memory for the years to come. Also, do not forget to capture the serene beauty of Bidar in your cameras so that you share your memories with the world.

If you have been to Bidar for a short weekend trip, then share your experiences with us in the comment section below.

Top 10 Finest Patisseries In Hyderabad To Satisfy Your Cravings

If you want to satiate your cravings for some delicious sugary treats, then Hyderabad will delight you with its wide variety of desserts. From traditional sweet dishes…

Gulbarga is also known as Kalaburagi, which translates into stony land in the Kannada language. It is one of the most popular weekend getaways from Hyderabad for…

If you also believe in the old saying: “Eat breakfast like a king”, then some of the places in the city will delight you with their delicious…

10 Best Italian Restaurants In Hyderabad That Are Worth Visiting