25 Best Cities In The World for New Year Celebrations

It is that time of the year again — the time when a new year dawns over us. Every year, we celebrate the passing of one year and welcome the next one with enthusiasm with hope to make the next year better than the previous one. Everybody has different ways to celebrate the new year, some prefer to stay indoors and enjoy the moment with their families, while many prefer to move out or even to head off to a new destination to experience a different kind of celebration.

Some cities in the world have varied styles of celebrating the New Year, and this sets them apart from the rest and makes them some of the finest destinations for tourists during this time of the year. Here, we’ve handpicked the best of them so that you can immediately plan your trips to welcome 2019 in style!

The maximum city of the world and perhaps the largest is also one of the most happening places. It is then no surprise that the new year celebrations here are the best in the world, which hardly any other city can rival. Over a million people gather at Times Square to countdown to midnight, and this thrilling atmosphere is enough to get the party started! You can also witness some fantastic pyrotechnics here. 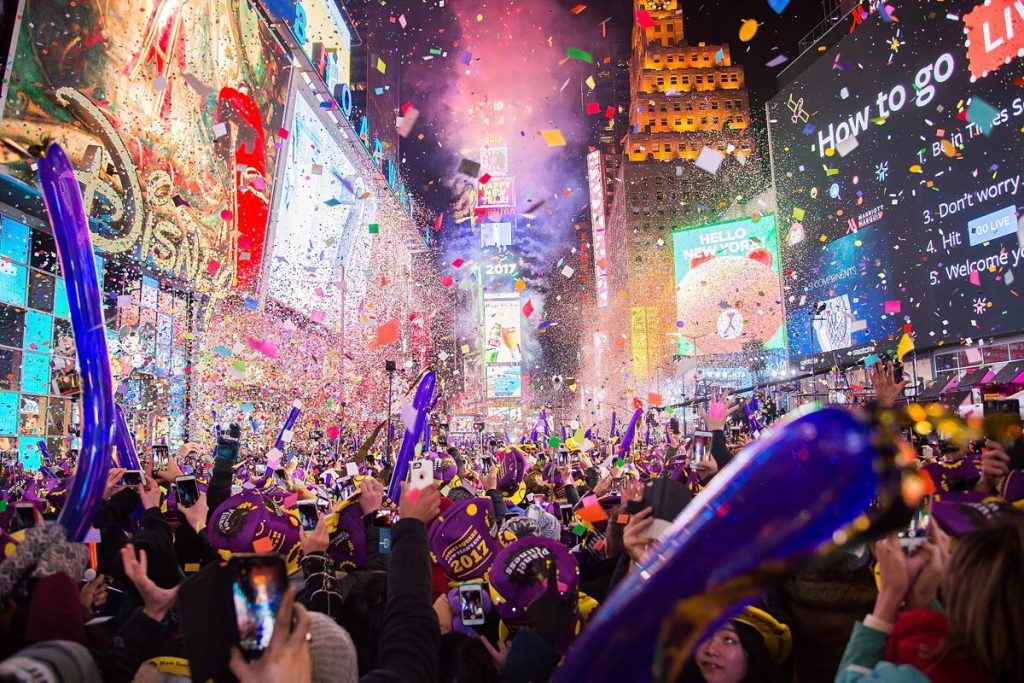 A fairly recent addition to the list, Dubai has a grand way of welcoming the New Year. With 3 places across the city having spectacular shows and firecrackers, including the man-made wonders of the world – Burj Khalifa and Palm Jumeirah, this night sees more than a million people gathering at Downtown Dubai to witness the splendid show near the biggest mall in the world – The Dubai Mall. 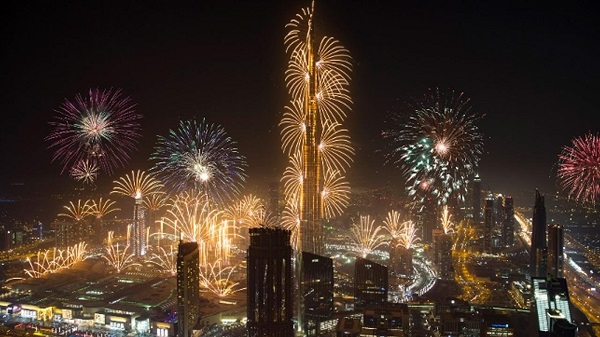 This coastal capital of Brazil is best known for its beach parties. The Copacabana Beach hosts the biggest New Year bash in the world with more than a million attendees! With large oceanfront stages and constant musical and dancing performances, you can expect this to be the wildest party of the year. 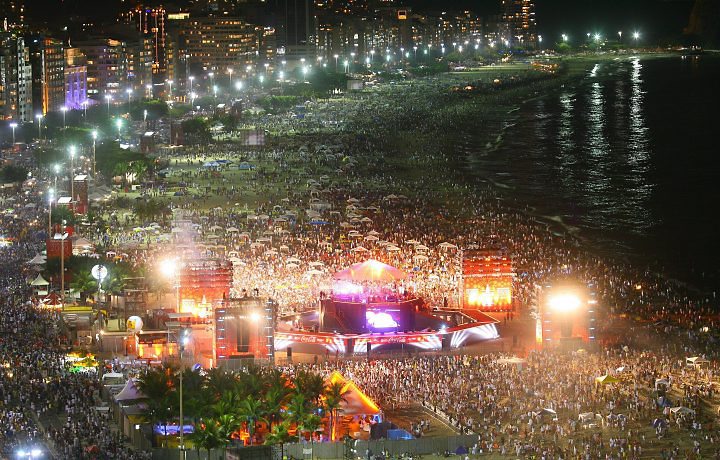 Known for its beautiful Sydney Harbor, the New Year fireworks on the Harbor Bridge and the surrounding areas are some of the finest in the world, with the beautiful Sydney Opera House included in the view. More than a million people come here to witness the splendid air and water show which features aerial acrobatics too! 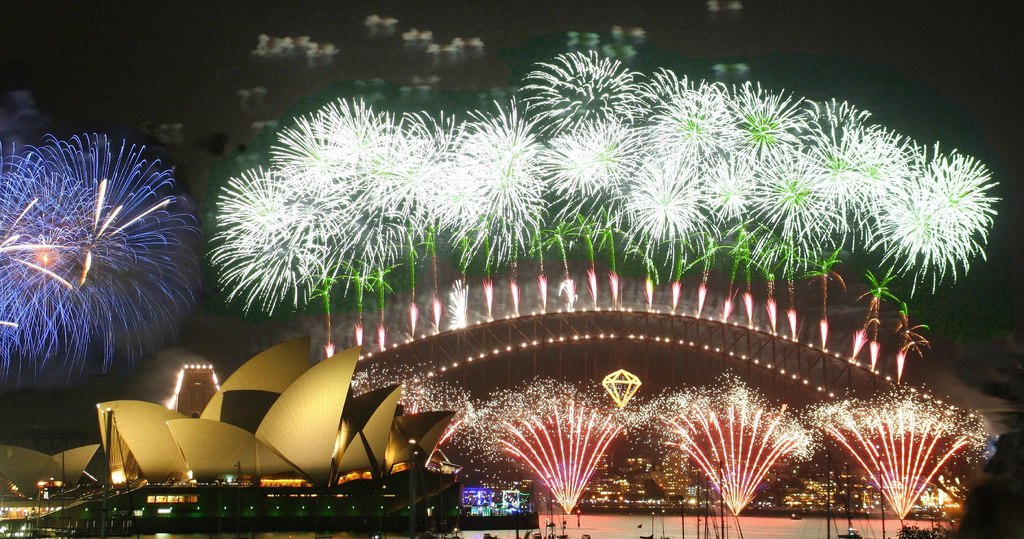 A quarter million people gather by the Thames River to hear the Big Ben hit midnight. The beautiful Tower Bridge and other bridges along with the London Eye and Houses of Parliament form perfect backdrops for a spectacular fireworks display. You can also see a grand parade with Queen’s horses and marching bands. 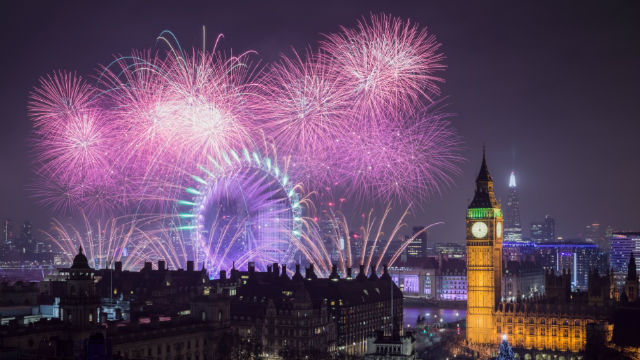 This beautifully urbanized city has one of the finest skylines in the world, and seeing this skyline light up with fireworks is an experience in itself. With an impressive display of fireworks and a glamorous light show, you can expect your New Year here to be very happening. All you need to do is head over to the Victoria Harbor, which is the center of all the activities. 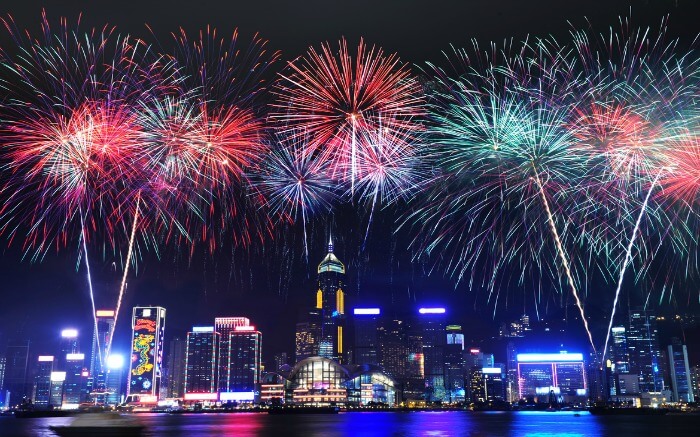 The German capital is known to be a party destination. The Party Mile here is a 2 kilometer stretch of bars, food stalls, various shows and party tents where all the celebrations are concentrated. A dazzling display of fireworks engulfs the midnight sky here and post this, all-night parties are held in the city’s clubs where you can welcome 2019 in style! 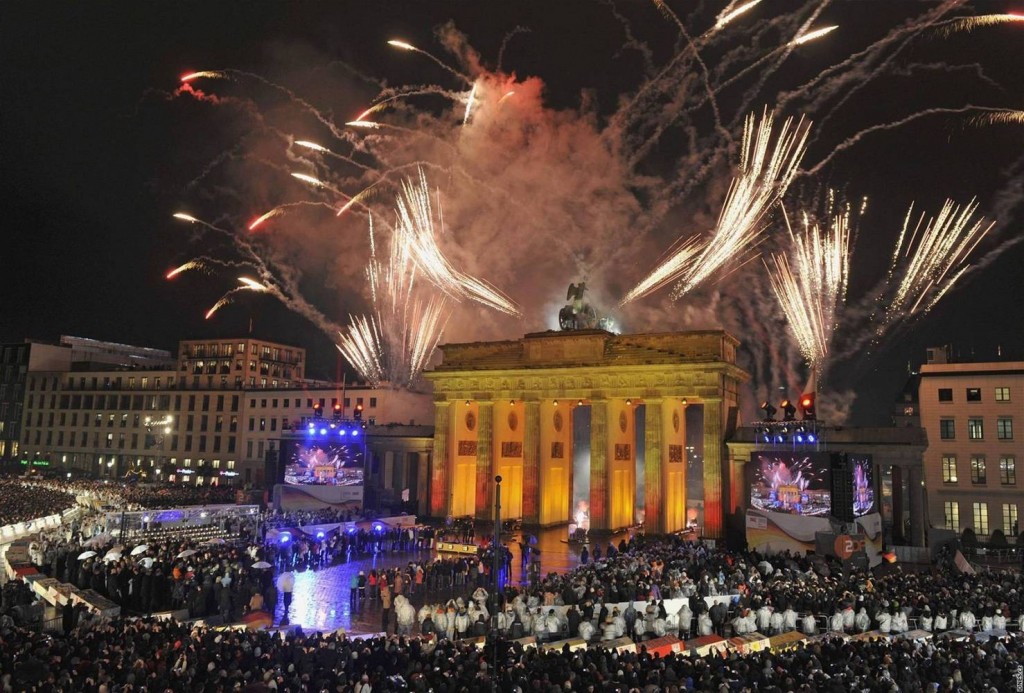 The world’s party capital and one of the most glamorous cities has the craziest celebrations on New Years’ Eve. Everything from pyro shows to grand concerts can be found here. Some of the finest hotels in the world host wild parties and casinos are always flooded with people. The Las Vegas Strip gets converted into a party street in itself! 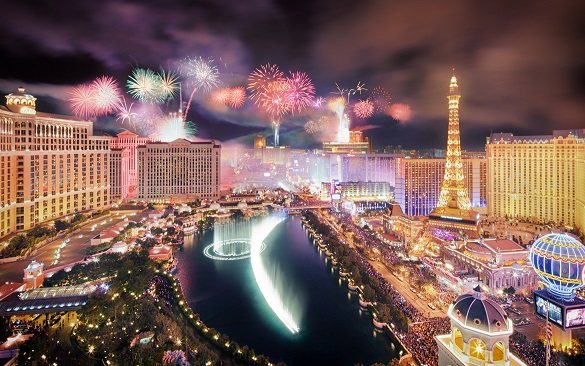 The French Capital has a knack for creating fun-filled events. New Years’ Eve is just one of them. The towering Eiffel Tower hosts a beautiful fireworks display and the nearby street on Champs-Elysees becomes the venue of a crazy street party. Romantic moments are on a high too in this city of amore. 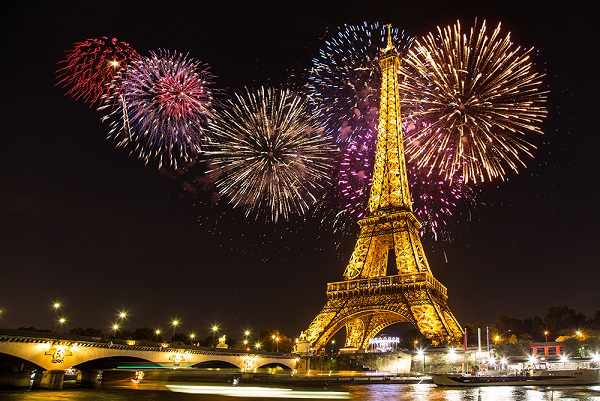 The celebrations are no less down south. Cape Town, with its beautiful skyline and coastline, becomes the venue of one of the best New Year celebrations in the world. Spanning across 3 days, you can witness a variety of carnivals and concerts here and see midnight fireworks with the beautiful Table Mountain in the backdrop. You can also see the Cape Town Minstrel Carnival parade here. 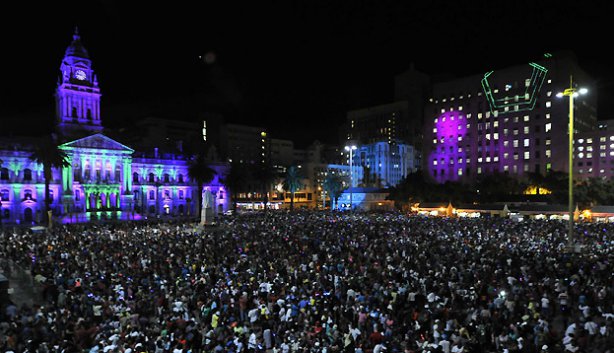 Known for its fabulous theme parks and Disney’s Magical Kingdom, this place HAS to be on the list of the best New Year celebrations around the world. You can witness an impressive light and laser show here, and buildings all around are lit up for a festive feel. Whether you visit the Wizarding World of Harry Potter or Disney World, you are assured a gala time here. 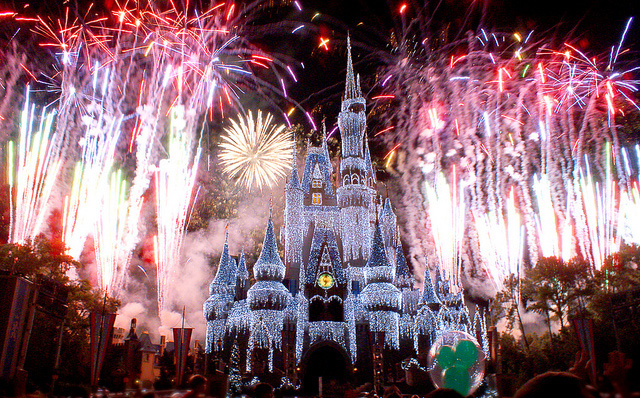 Looking to welcome the next year in the Scottish manner? Edinburgh is your calling! Thousands of residents come down to the streets of the city and join in the Hogmanay celebrations. You can see some splendid musicals throughout the city too. You could also go to the Carlton Hill and see the spectacular fireworks show from up above! 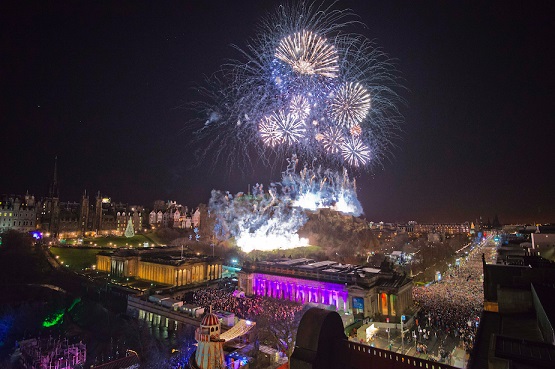 One of the biggest cities in Australia has a crazy New Year celebration with over half a million people coming out to see the two fireworks displays and a number of other festivities at Yarra Park. The Victoria Harbor is illuminated by the lights of the fireworks all around. Many acts and musical performances are held at major locations in the city like The Federation Square. 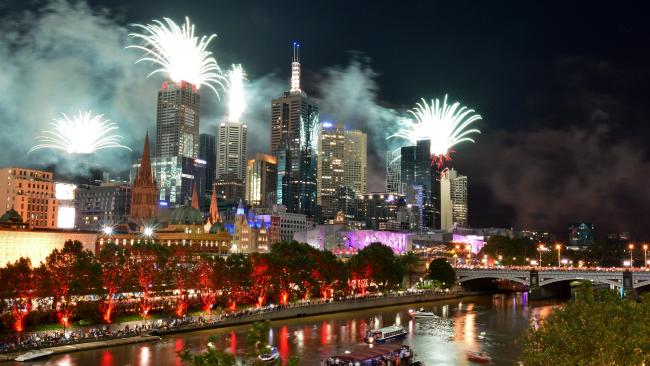 Situated on the Mississippi River, this city has a beautiful waterfront, and seeing the fireworks reflect on the flowing water of the river itself is a treat! You could also go and see the Fleur de Lis drop at Jackson Square where an oversized object is dropped off from the roof of Jax Brewery. 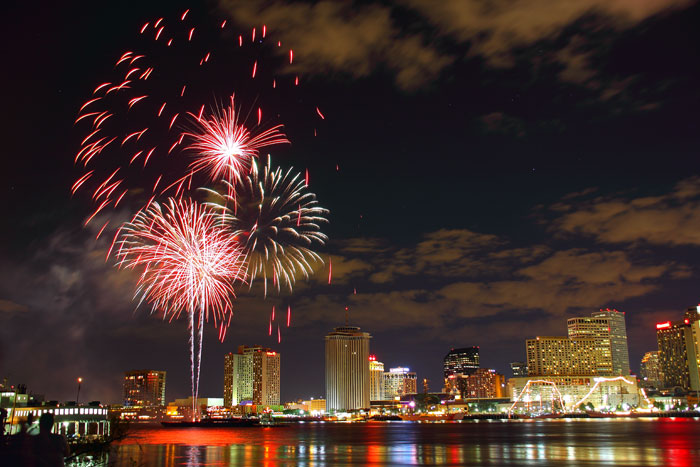 This city is known to be one of the liveliest cities in the world and for good reason! The biggest celebration here is at CentralWorld Square, where hundreds of thousands of people get together for a spectacular light show and concert. All restaurants and clubs throughout the city have their own form of celebrations as well! 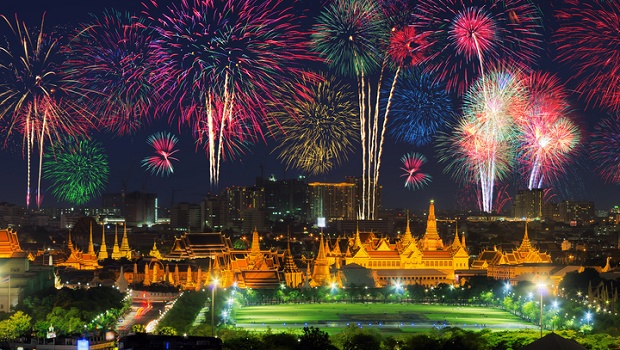 Situated in the hills along the Pacific Ocean in Chile, this city has one of the most extravagant New Year’s Eve shows. A three-day long festival culminates on 31 st December at midnight and you can see the best fireworks display in Latin America here. You could also take part in the dance parties here that go on until dawn! 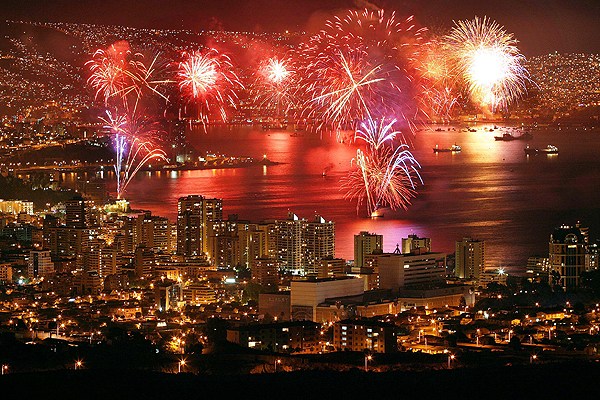 This otherwise quiet city turns into a crazy frenzy mood on 31st December. With celebrations kicking off as early as 6 PM, you can go to the local cathedrals to attend mass or even witness the great fireworks display at midnight. 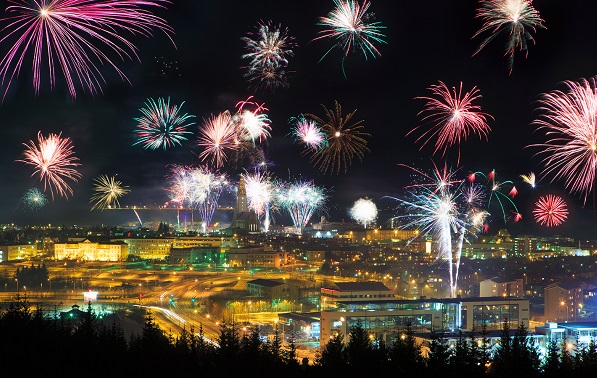 The relatively different celebrations of New Year here host over 10000 people for concerts and open-air dance parties. You can also see the beautiful fireworks display over the Danube River. You could either go to the concert zone or the party zone and enjoy the music or socialize. 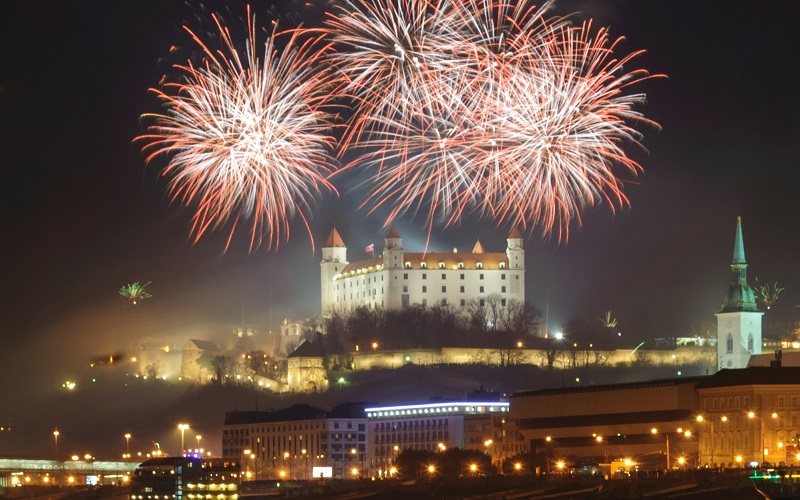 Vienna offers you a very cultural sort of celebration with balls, classical music concerts and world-renowned symphonies on the New Year’s Eve. With parties starting off as early as 2 PM, you can find the residents crowding up at the city center eagerly waiting to usher in the New Year. 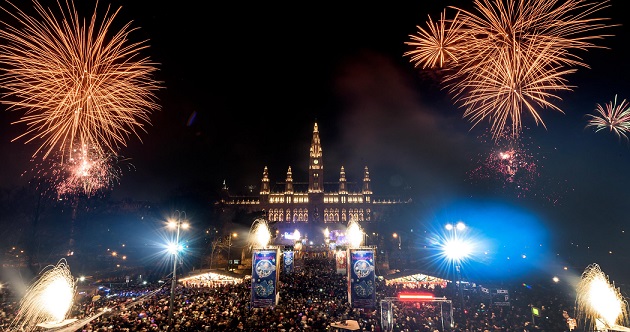 St. Petersburg is known for its splendid churches and bridges which get covered with lights during this time of the year. Crowds can be seen waiting and counting down to midnight to see the fireworks show over the Neva River. You can also see hundreds of paper lanterns dot the night sky here. 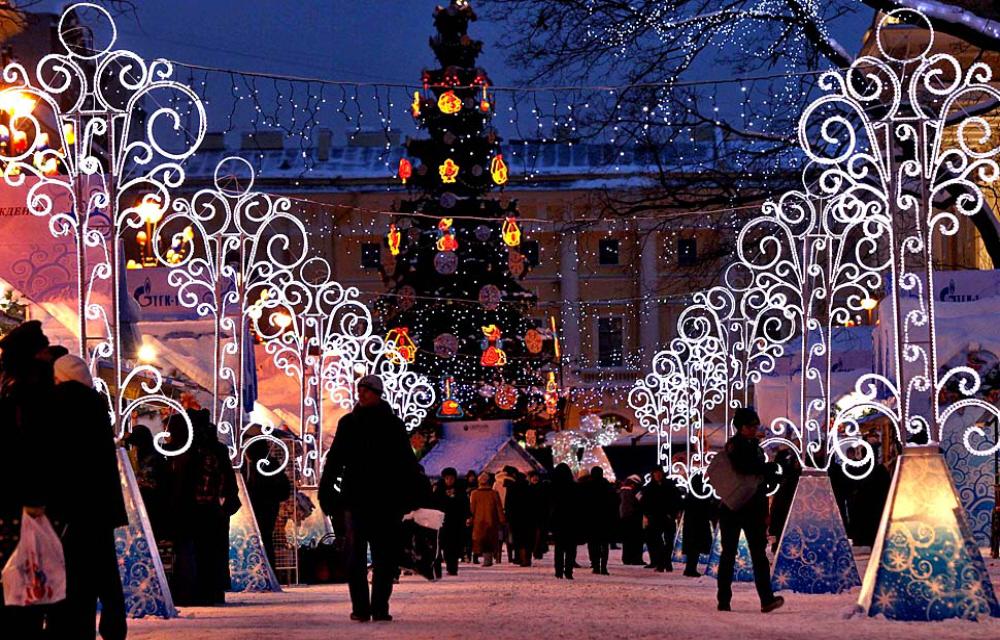 Probably one of the last places on the planet to enter the New Year, the Hawaiian Islands with their tropical climate and glamorous fireworks are the perfect spot for a New Year getaway. You’ll be able to witness light shows throughout the beachfront and be able to dance your night away at the open-air music concerts in the bars and clubs. 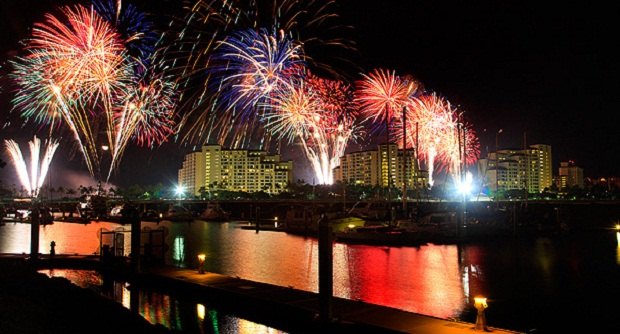 The largest city in California attracts loads of tourists and has some amazing parties and crazy pub crawls to say goodbye to the previous year and usher in the next year. Large art exhibitions and digital shows are also held on the city hall walls. 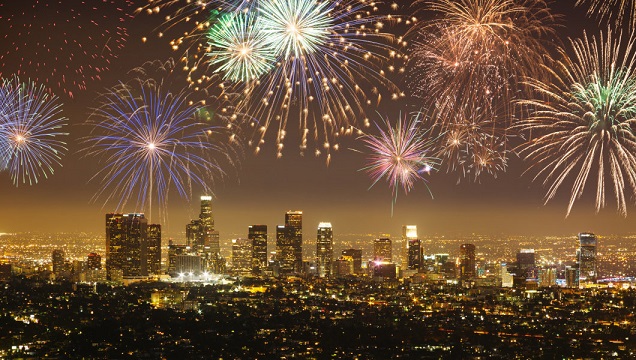 The most populous city of Canada can easily compete with other major international destinations in the world for its New Year’s Eve celebrations. The city also has its very own version of the ball drop just like Times Square and the Nathan Square in the city is where all the parties and events are held! 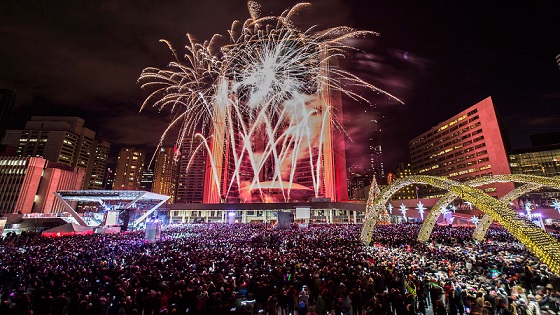 Budapest is a city that has some crazy festive programs in this season and you can go to various balls, dance parties, and even concerts. If you’re looking for a romantic dinner date, you could go to the Danube river cruises as well. 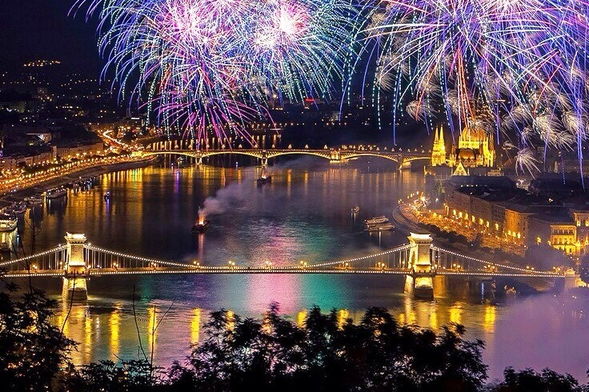 The freezing capital of Norway has a different way of celebrating the New Year, and the festivities are kicked off with an extravagant display of fireworks that are launched on the harbor by the City Hall. You can also find small light shows in the backyards of homes here, and this actually lights up the entire city! 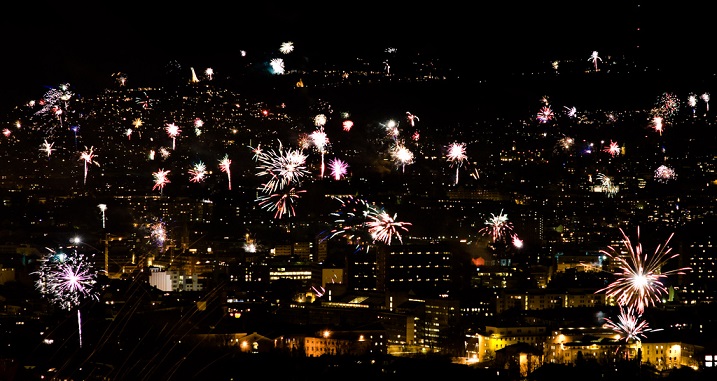 If you’ve not planned anything for welcoming 2019 yet, it’s about time that you do so. With just a few weeks to go, it’s time that you start booking your tickets and packing your bags to head off to one of these exciting destinations. If you’re looking to celebrate in Mumbai, why don’t you head over to some of the best new year parties or go for a romantic date this new year? There are some amazing destinations in India for a new year as well! Don’t forget to let us know how the experience was!