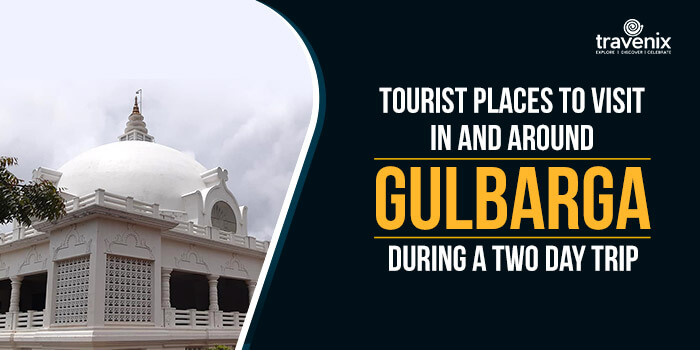 Gulbarga is also known as Kalaburagi, which translates into stony land in the Kannada language. It is one of the most popular weekend getaways from Hyderabad for a road trip. This city is famous for its rich heritage and peaceful shrines.

Various dynasties have ruled Gulbarga over the centuries, the influence of which is visible on the heritage and culture of the city.

Gulbarga is a scenic city located in the northern part of Karnataka. Since the city is well connected to other major cities of the region, it has emerged as a popular tourist destination in the area.

If you are planning to visit Gulbarga, then we have curated an itinerary for your short trip that will help you visit some of the most iconic landmarks within the city as well as near the city. 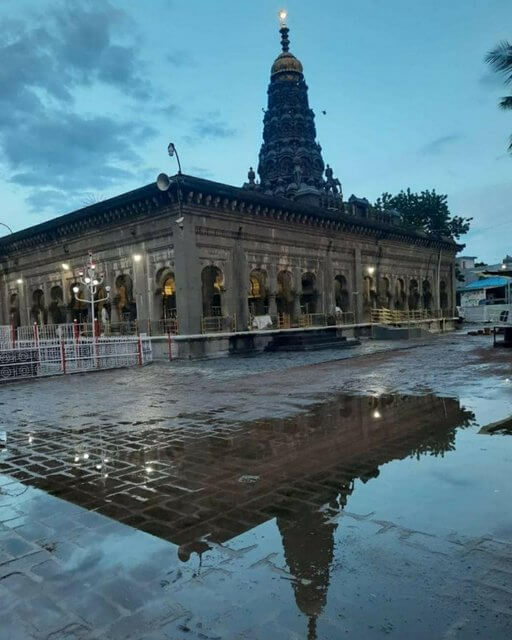 Sharana Basaveshwara Temple, also known as Sabhamandap, is one of the most famous temples in Gulbarga. This splendid temple was constructed in the twelfth century and is dedicated to Saint Basaveshwara, an eminent Hindu philosopher and teacher.

The splendid architecture of Sharana Basaveshwara Temple elegantly blends the elements of Hindu and Mughal architectural styles, which is sure to leave every visitor in awe. The intricate designs, supporting pillars, beautiful sculptures and decorative arches are some of the most impressive features of the structure.

The annual festivals such as the Jatra and Car Festival, attract devotees from across the country to witness the traditional and rituals of the region. 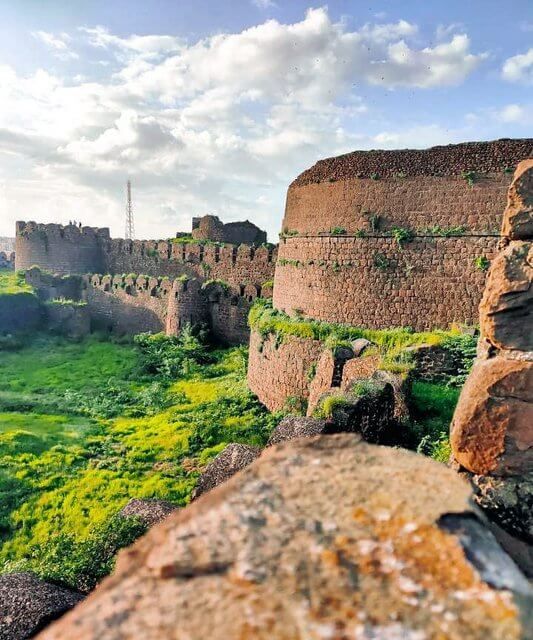 This impressive fort is one of the most important historical places in Gulbarga. Raja Gulchand initially constructed the fort, and later it was reconstructed by Al-ud-din Hasan Bahmani, the founder of the Bahmani Sultanate. Gulbarga was initially chosen as the capital city for the Bahmani kingdom.

Gulbarga Fort is one of the best examples of Persian architecture in India. The gardens, palaces, mosques and tombs are some of the most impressive structures within the premises of this massive fort. The double fortifications along with 15 lofty towers and 26 guns made sure that it was difficult for the enemy to capture the fort.

Jama Masjid, Tomb of Khawa Bande Nawaz and Bara Gazi Toph are some of the most popular attractions in Gulbarga Fort. Bara Gazi Toph is a one-of-a-kind canon in India. This canon is made of pure alloy and measures 29 feet in length. 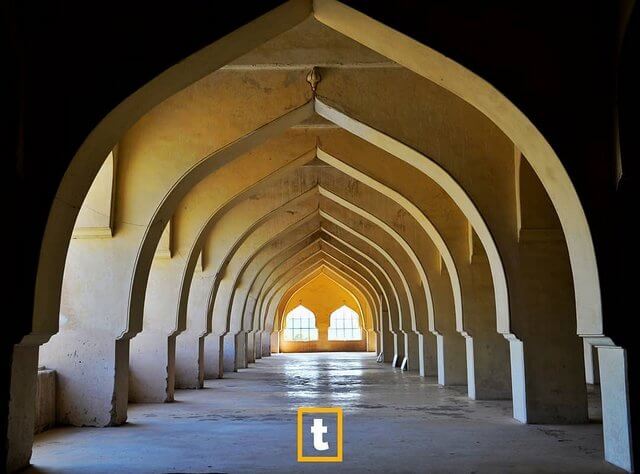 Jama Masjid, within the premises of the Gulbarga Fort, is one of the most striking facades in the city. This grand mosque, built in the 14th century, is one of the first mosques to be constructed in the Southern part of India.

It is one of the few mosques in India that does not have a courtyard or any minarets. The mosque boasts of a massive bulbous central dome and several smaller domes, which are some of the most striking features of the structure. The intricate arches adorn the interiors as well as the exteriors of the mosques. 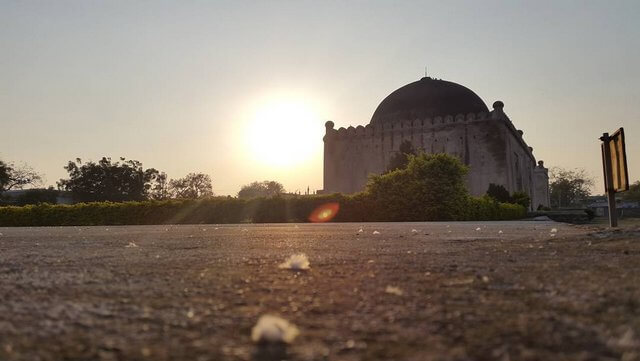 Haft Gumbad is another popular place to visit in Gulbarga. It is also known as Saath Gumbaz, which translates into Seven Tombs. It was built in the memory of rulers and military leaders of the Bahmani Kingdom. The beautiful architecture of each of the tombs and the sprawling gardens make it one of the most scenic places in the city. 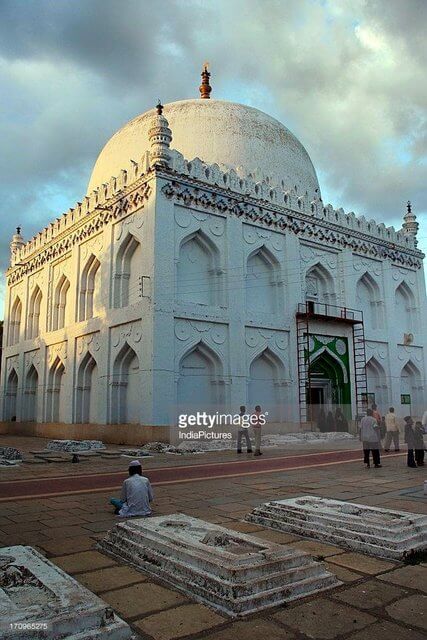 Dargah of Khwaja Bande Nawaz is an important 600-year-old pilgrimage centre in Southern India. This dargah in Gulbarga is the final resting place of Hazrat Khwaja Banda Nawaz Gesu Daraz, the Sufi saint of the Chisti order.

The architecture of the dargah elegantly blends the elements of Persian and Deccan architecture. The beautiful carvings and inscriptions on the walls of the tomb will surely catch your attention. The death anniversary of the Khwaja Bande Nawaz, Urs, attracts devotees from across the country.

Buddha Vihar in Gulbarga is one of the most popular Buddist shrines in the region. Unlike most of the structures on the list, it is a recent addition to the city. Buddha Vihar that was constructed over a decade ago.

The majestic Buddha Vihar stands tall on 170 pillars. The whitewashed facade is indeed a sight to behold! The famous Buddhist structures at Sarnath, Sanchi and Ajanta have inspired the architecture of this vihara.

Since the Buddha Vihar is spread over a massive area of about 18 acres, the lush greenery of the surrounding areas provides the perfect backdrop to add on the serenity of the place. The four 48 feet lofty Ashoka pillars, which symbolise the four noble truths, are one of the most attractive features of the structure.

If you want to explore some places near the city of Gulbarga, then we recommend the following: 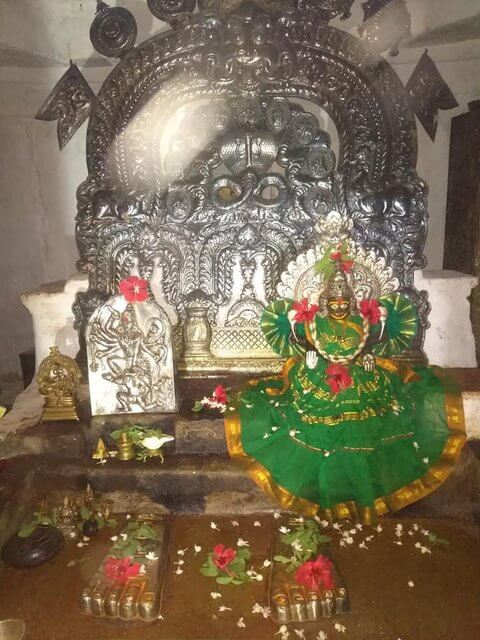 Many artefacts with inscriptions in Brahmi and Prakrit and several Buddhist sculptures have been discovered during an excavation. Thus, Chandrala Parameshwari Temple is not merely a temple but a historic site as well. 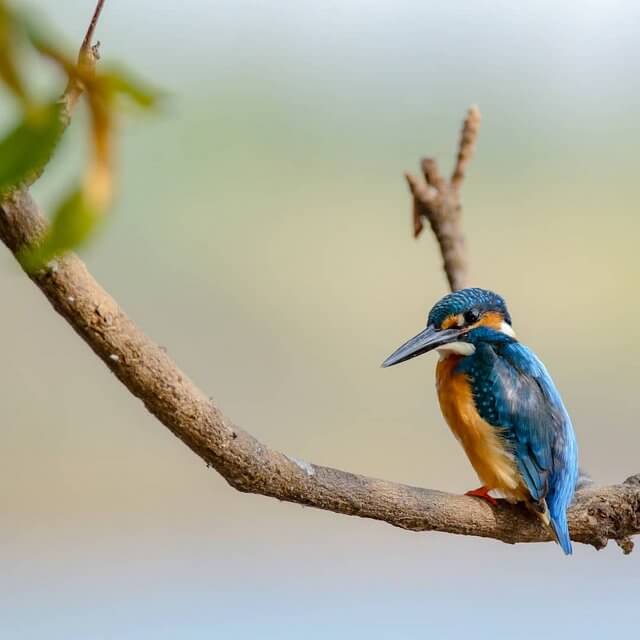 Chincholi Wildlife Sanctuary has the distinction of being the first dry land wildlife sanctuary in the Southern part of India. This one-of-a-kind sanctuary, spread over an area of 135 square kilometres, is home to some rare species of flora and fauna of the region.

Blackbuck, Fox, Indian Wolf, among others are some of the famous animals found in the region. You can also spot different species of birds such as parakeets and pigeons during your visit to this sanctuary. This region also has a dense vegetation consisting of medicinal herbs, trees and other flowering plants. 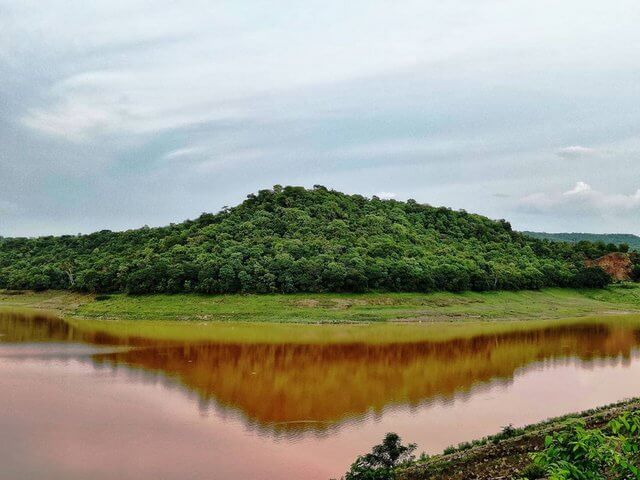 Chandrampalli Dam is a must-visit for all nature lovers. If you are looking for a picnic spot near Gulbarga, then this is one of the best sites. The tranquil ambience and lush greenery of the area make it the perfect spot near to spend some time away from the hustle and bustle of the city.

Chandrampalli Dam is built across the River Bhima. Since the area around the dam is surrounded by Gottam Gotta forest and sparsely populated, it serves to attract visitors who love to spend time amidst a peaceful environment. The pleasant weather of this area makes it a famous trekking and camping spot near Gulbarga.

Your short trip to Gulbarga is sure to help you learn about the rich history and culture of the city. I hope that this itinerary will help you explore some of the best tourist places in and around Gulbarga within a limited time.

If you have been to Gulbarga before for a short weekend trip, then share your experience with us in the comment sections.