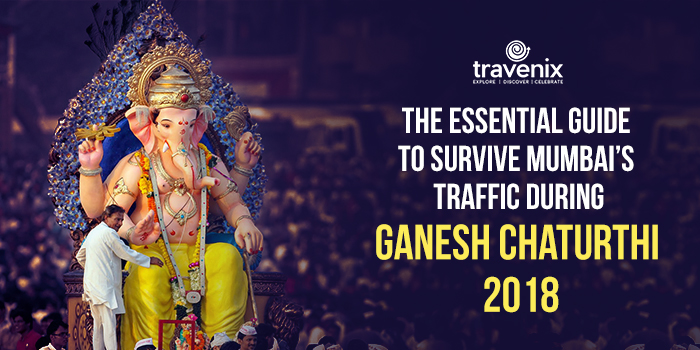 Mumbai wears a festive look as locals welcome huge Ganesh idols with much fanfare. Music, sweets, dance, decorations, prayers and family gatherings — that’s what the festival celebrations look like in the city. It’s all merry and fun, but for commuters traveling to work, it can cause a major inconvenience. To ensure that traffic doesn’t go in a frenzy, the Mumbai Traffic Police has made elaborate arrangements for Ganesh Chaturthi 2018.

If you want to plan your commute in such a way that you can avoid all the traffic, here is some information on the traffic arrangements in the city:

The festival has only started, so you can expect more traffic arrangements or restrictions in the coming days if the traffic situation gets out of hand. Details about traffic arrangements in Mumbai for Ganesh Visarjan 2018 are still awaited. We will update the article as soon as we get more information.

Did you face any problems due to traffic this Ganesh Chaturthi? Tell us about your experience in the comments section below. Also, share traffic updates in the areas near you so that other Mumbaikars can plan their travel better.